Although not many people notice these shy dolphins in Algoa Bay, they are often around if you know where to look. It was only recognised as a separate species in 2014. The Indo-Pacific Humpback Dolphin is known scientifically as Sousa plumbea. It's distribution ranges from the Bay of Bengal to False Bay. The other humpback dolphin species, Sousa chinensis, ranges from India to the east coast of Australia. Plumbea should be listed as endangered when finally listed as a separate species. 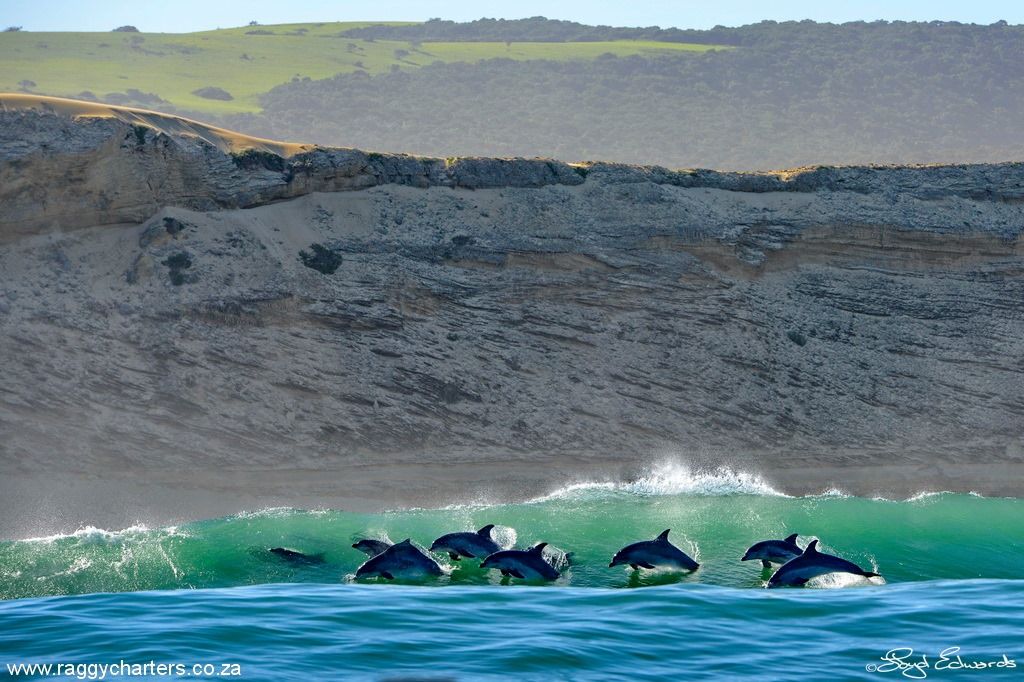 In Algoa Bay they are almost always found close to the shore. Favourite places are Cape Recife, in front of "Happy Valley", Kings Beach, the PE port and Bluewater Bay. They avoid areas that are important for foraging if there is an increase in boat traffic. We never spend longer than our permitted time of 20 minutes when we see them on cruises. This allows us enough time to get photos of the dorsal fins which are submitted to Dr Els Vermeulen. She heads up the SouSA Consortium which was set up in 2016 for nationwide collaboration on the research of these animals.

From 2006 until 2018, 56 animals were caught and killed in shark nets in Kwazulu-Natal. These nets have been removed during "lockdown" and I hope they never return. Concerned citizens have been calling for the removal of these nets since 1990. A better option would be the "shark spotters" which are used so successfully in False Bay.

Other dangers they face are coastal development in estuaries which destroys their critical habitat. Wastewater discharge and pollution can cause a build up of toxins in their bodies, as they feed at a very high trophic level. Reduced freshwater flow due to dams compromises the functioning of estuaries and thereby also the dolphins. These dolphins prey on many fish species that use estuaries as a nursery.

Individual animals are very easy to identify, not only by the shape of their dorsal fins, but also by other scars on their bodies. 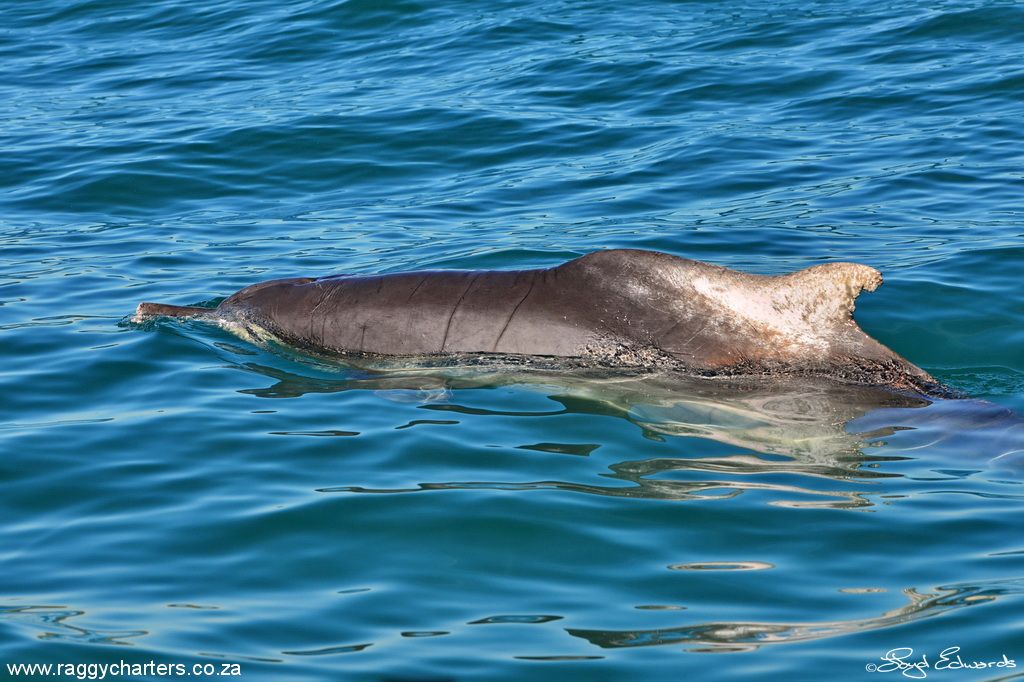 The Cape Recife lighthouse and the beacon. If you line these two up you get a fix on Roman Rock near the Bell Buoy. 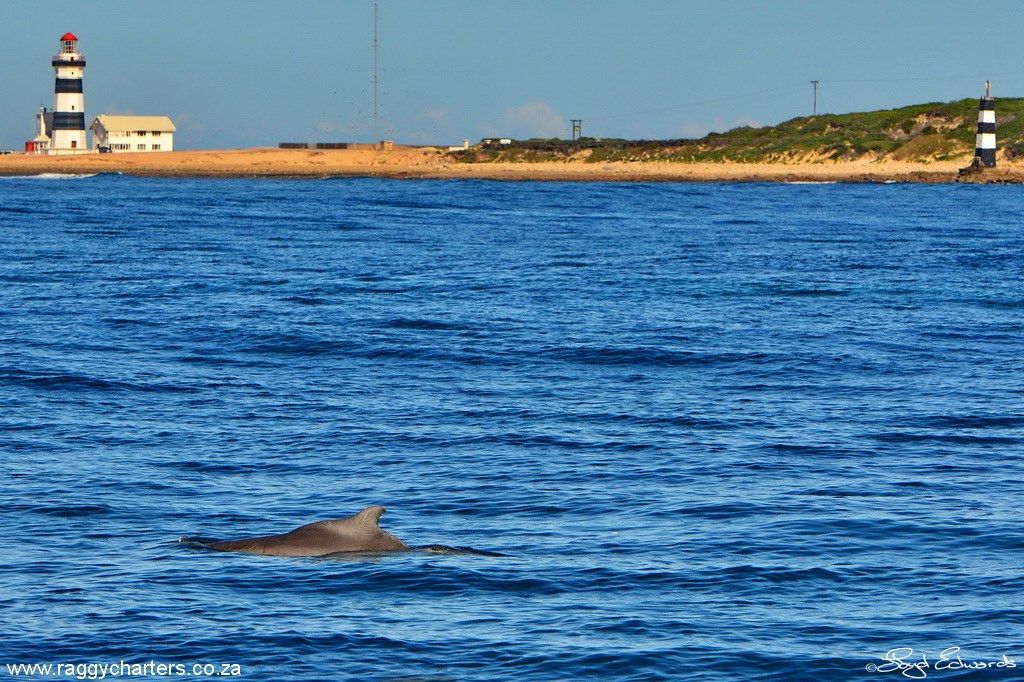 Sometime these animals are also known as harbour dolphins. 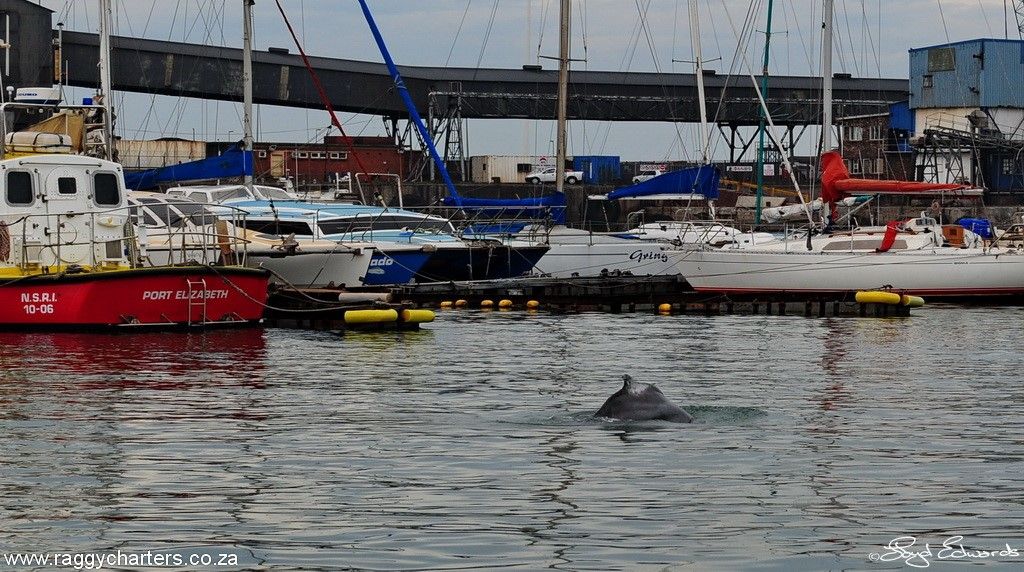 Humpback dolphins have a very long rostrum for their size. It is often the first part of the animal to break the surface. 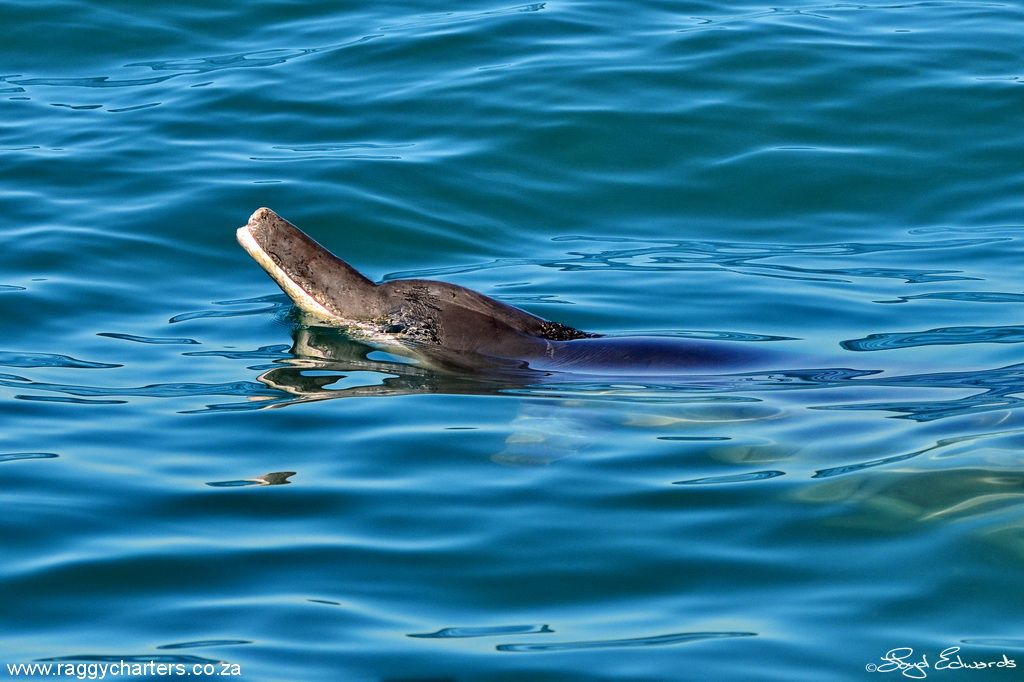 Amsterdam Hoek at the mouth of the Swartkops River. They like to hang around the mouths of estuaries. 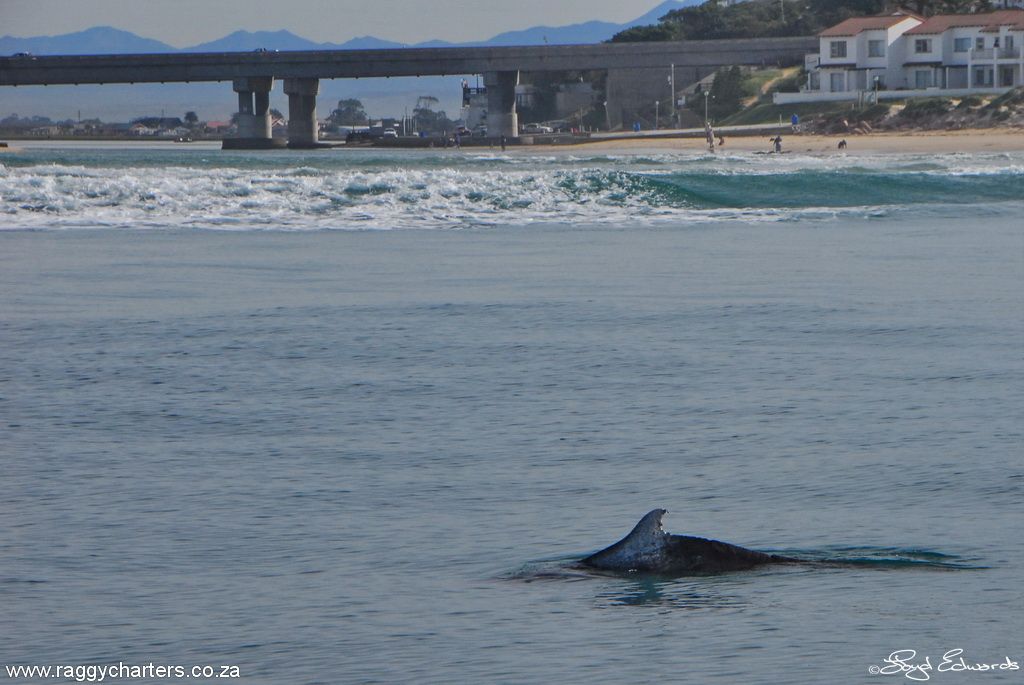 They mostly forage close inshore and eat reef fish.  Adults tend to get these white patches on their backs. Guess it comes with age like our hair going gray. Note how different the three dorsal fins are. So easy to distinguish individuals. 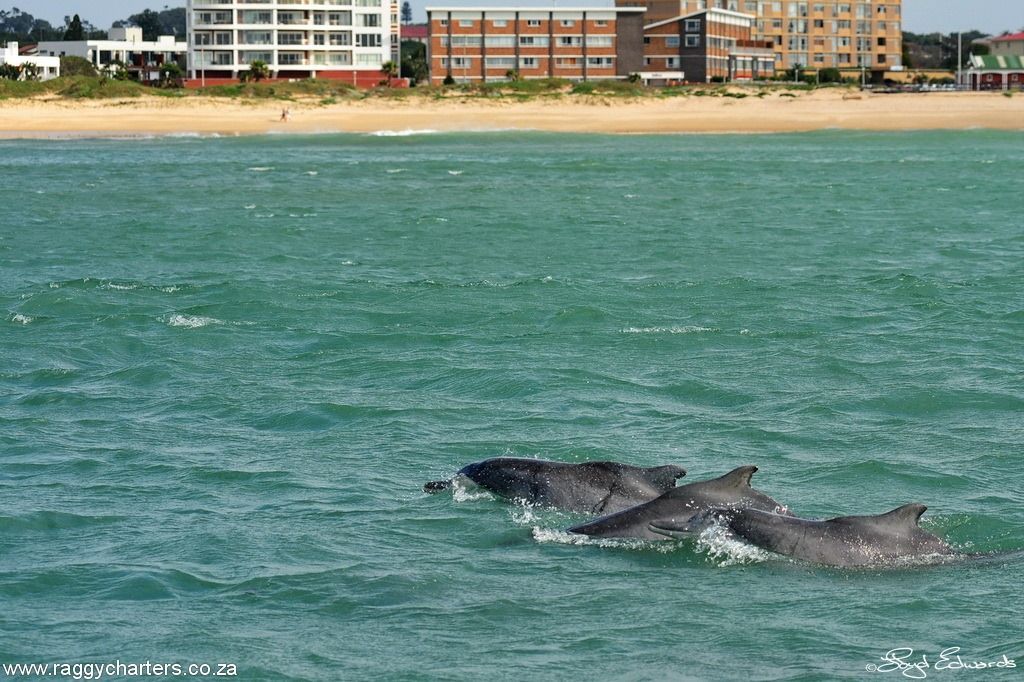 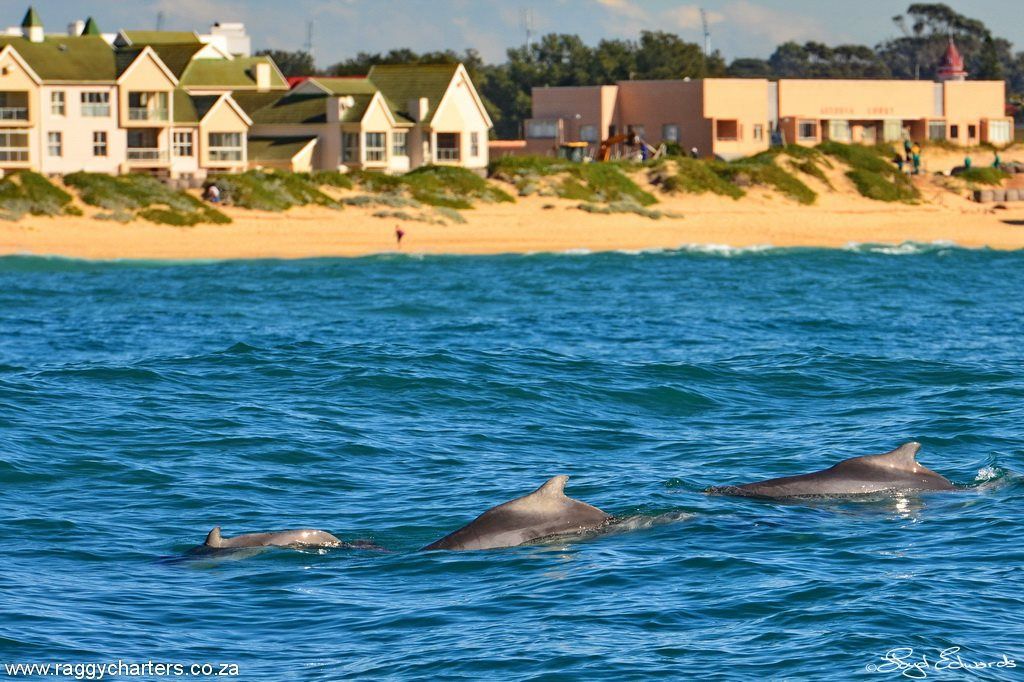 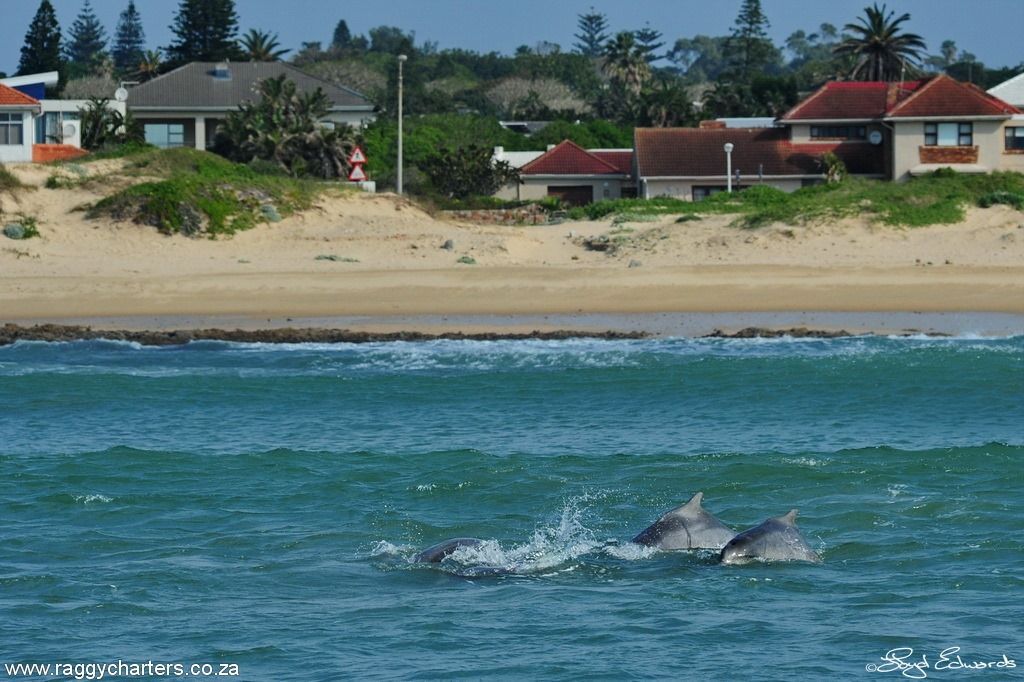 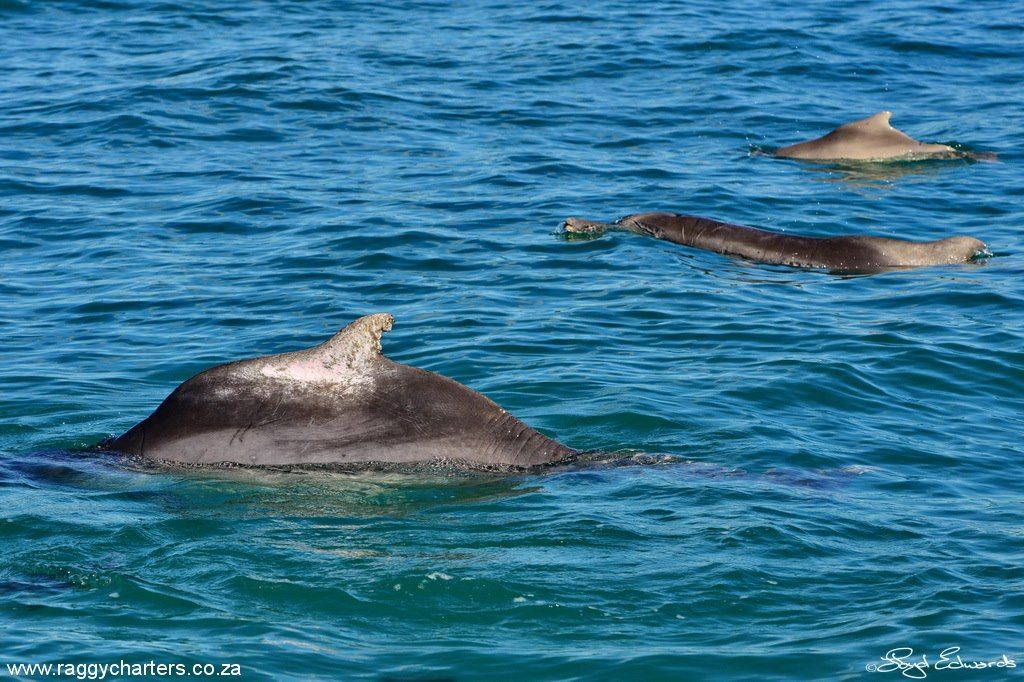