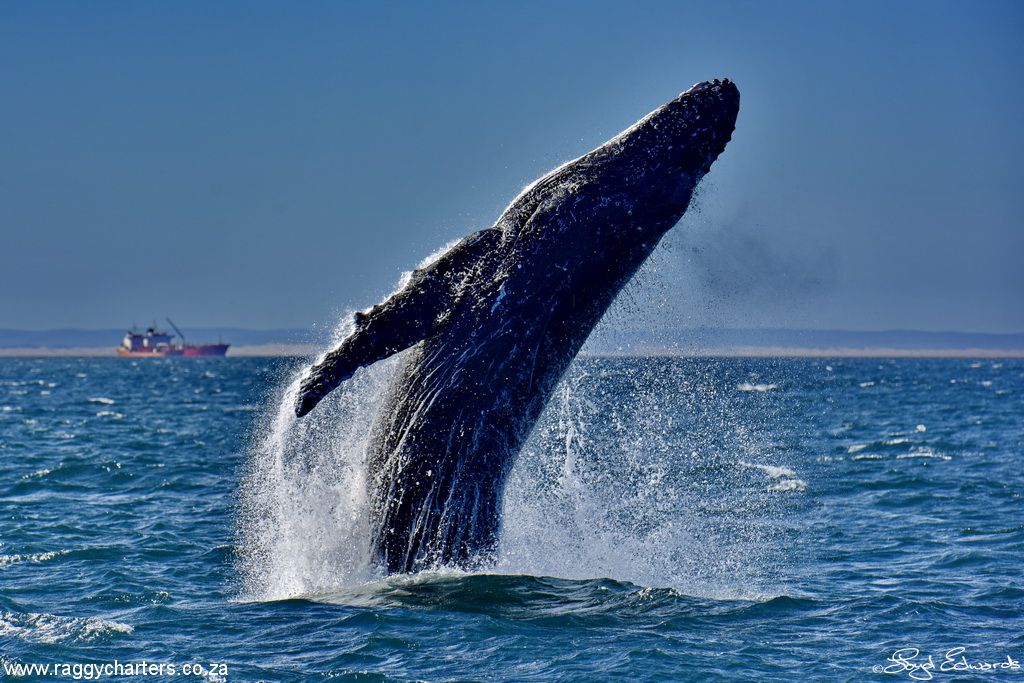 Let's start with a bit of information about these magnificent marine mamals:  humpback_whales.pdf

The SHHWMR had its beginning at the “Welcoming the Whales" Festival held in Port Elizabeth in 2018. Since then Raggy Charters has held another two of these festivals, the last one in 2020 being live streamed due to the Covid pandemic. (Click the posters to read more about each festival.) We are currently coordinating our 2021 Festival which promises to be a wonderful event for all to enjoy. 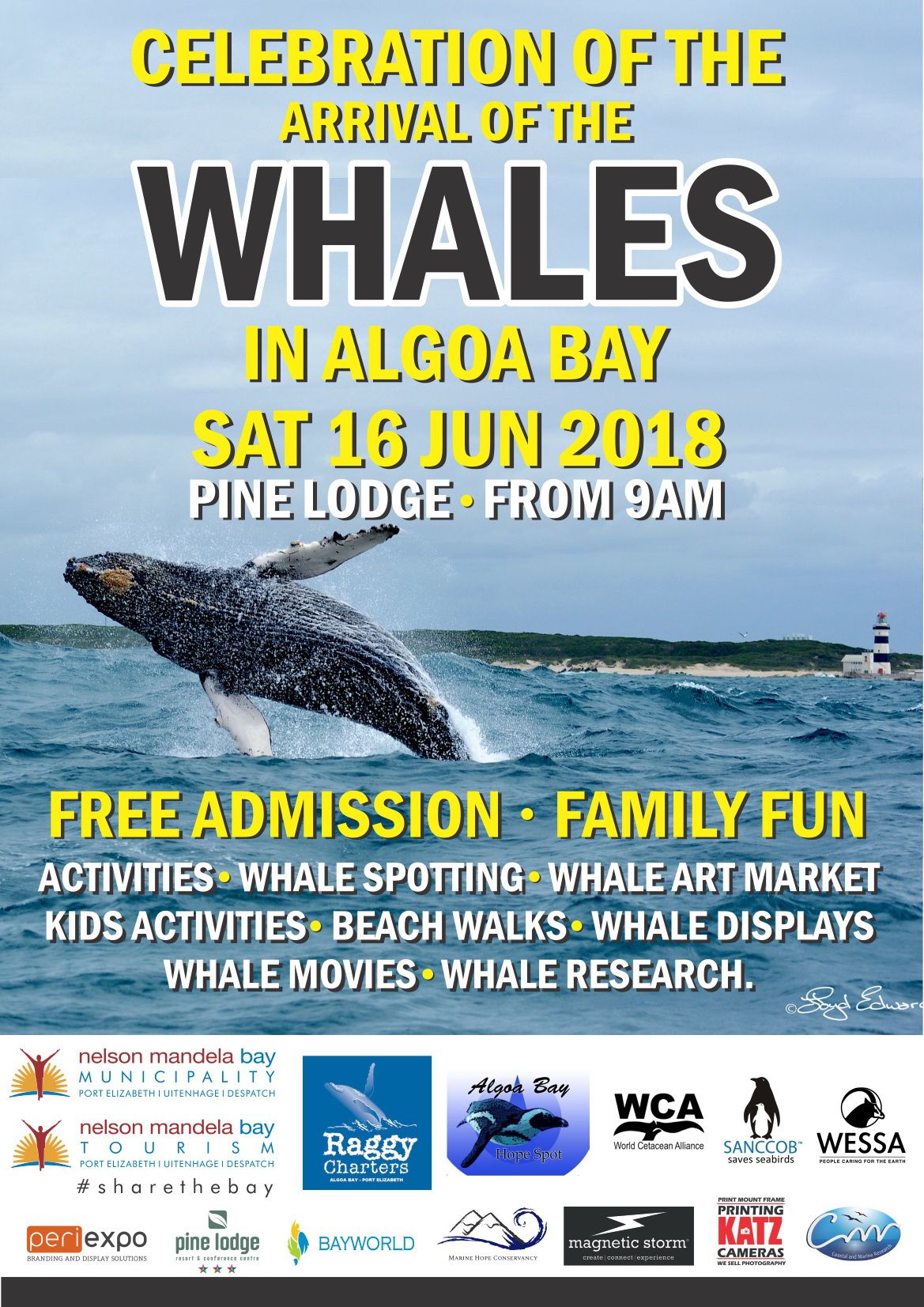 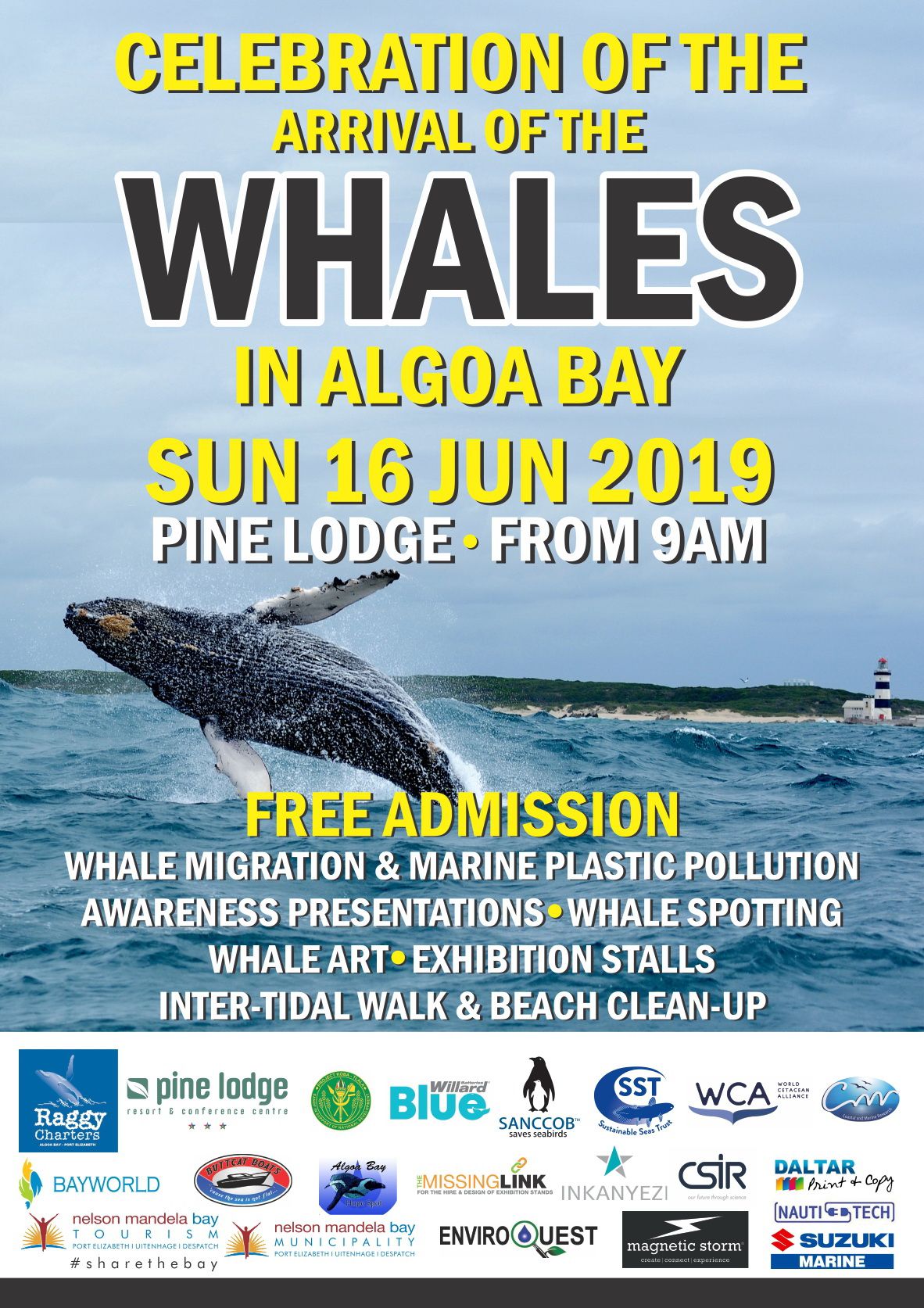 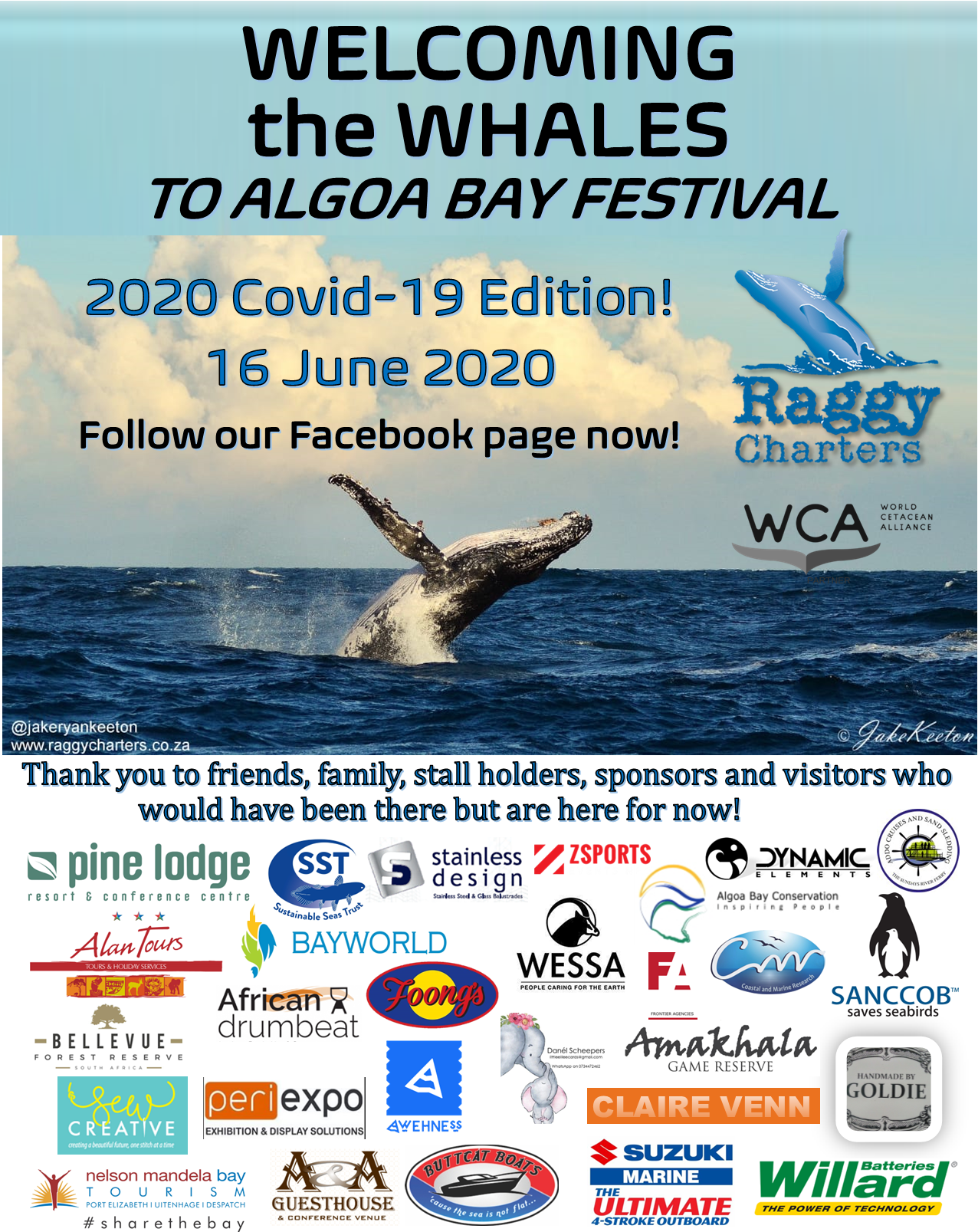 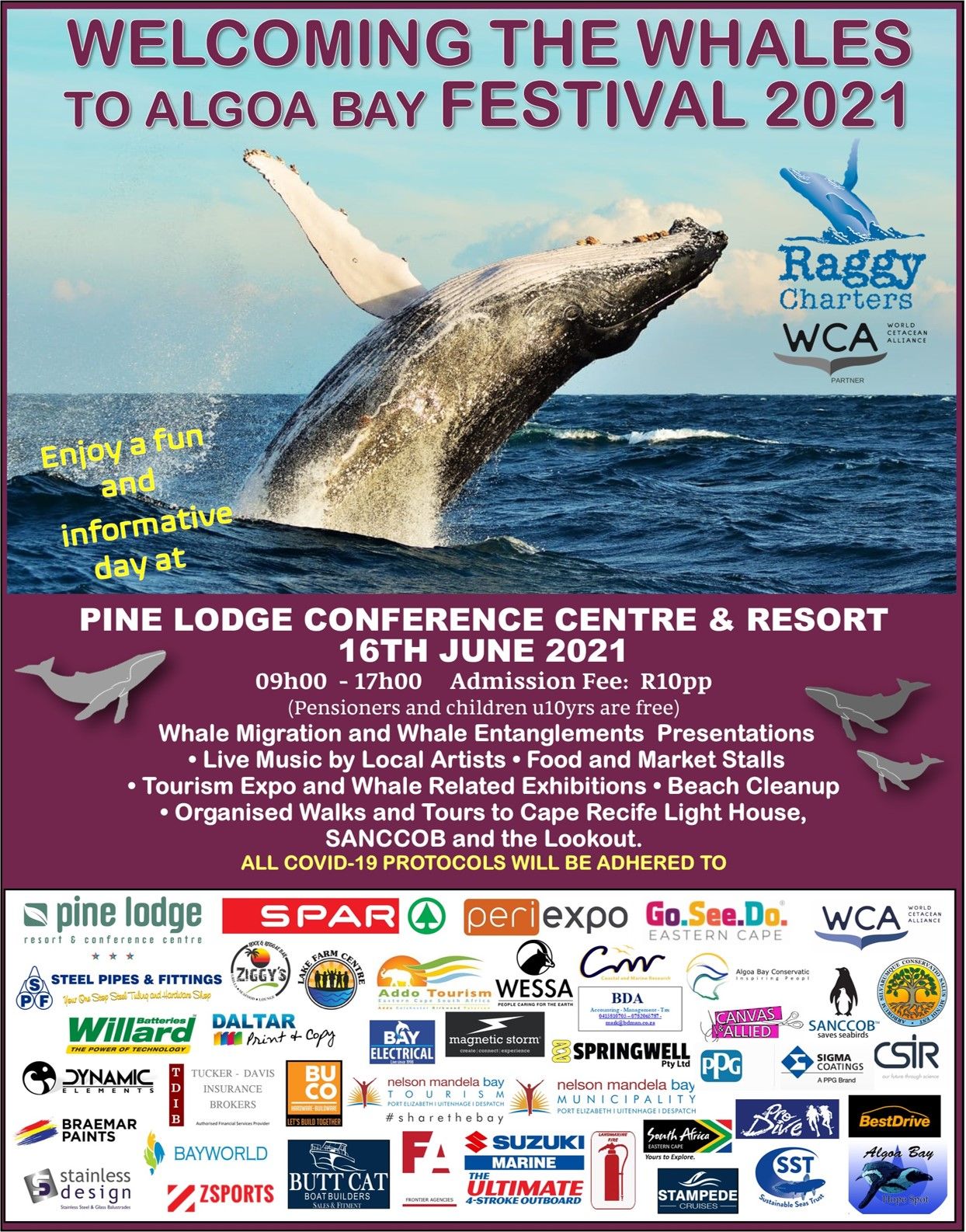 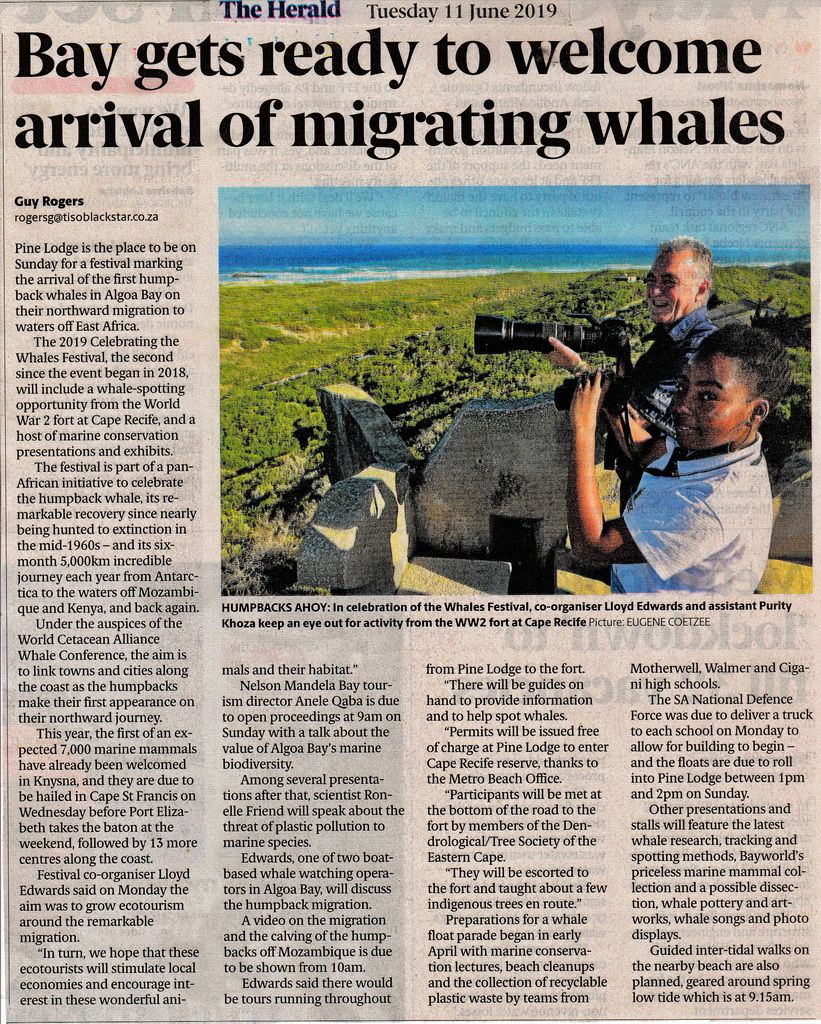 Besides welcoming the migratory whales there were plenty of other educational activities that made up the festival as can be seen elsewhere on this website (click the posters above). During his talk Lloyd Edwards pointed out how the humpback whales were hunted almost to extinction between 1908 and 1976 when the Durban whaling station was closed and most humpback whale hunting ceased in the Southern Hemisphere. As can be seen on the graph a simple paradigm shift in humans led to the remarkable recovery of this species that is today very close to its pre exploitation numbers. 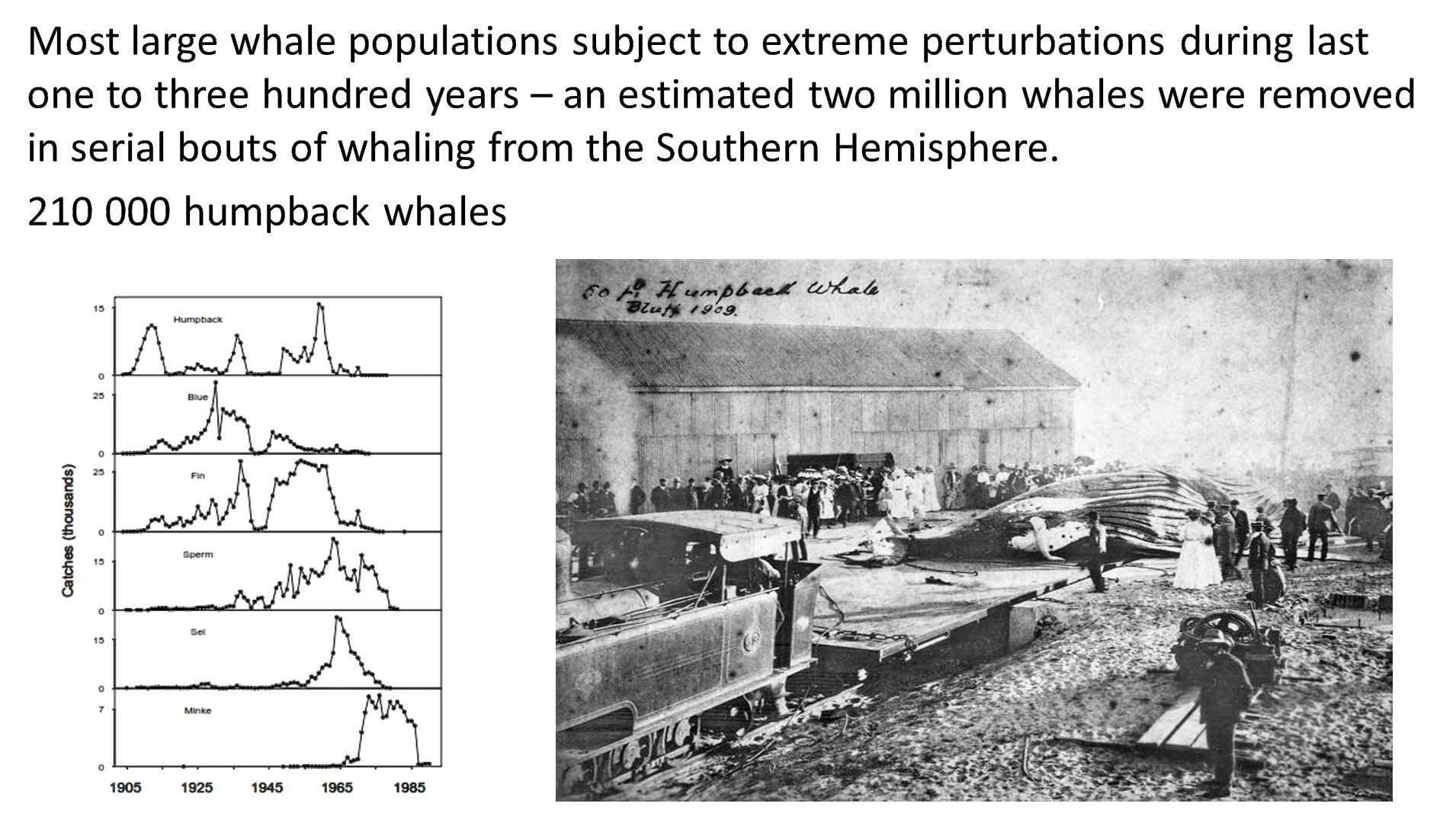 Of course it was not only the humpback whales that suffered as a result of whaling but all of the large species. They have not recovered as quickly as the humpback but if we leave them alone they will eventually get there as well. 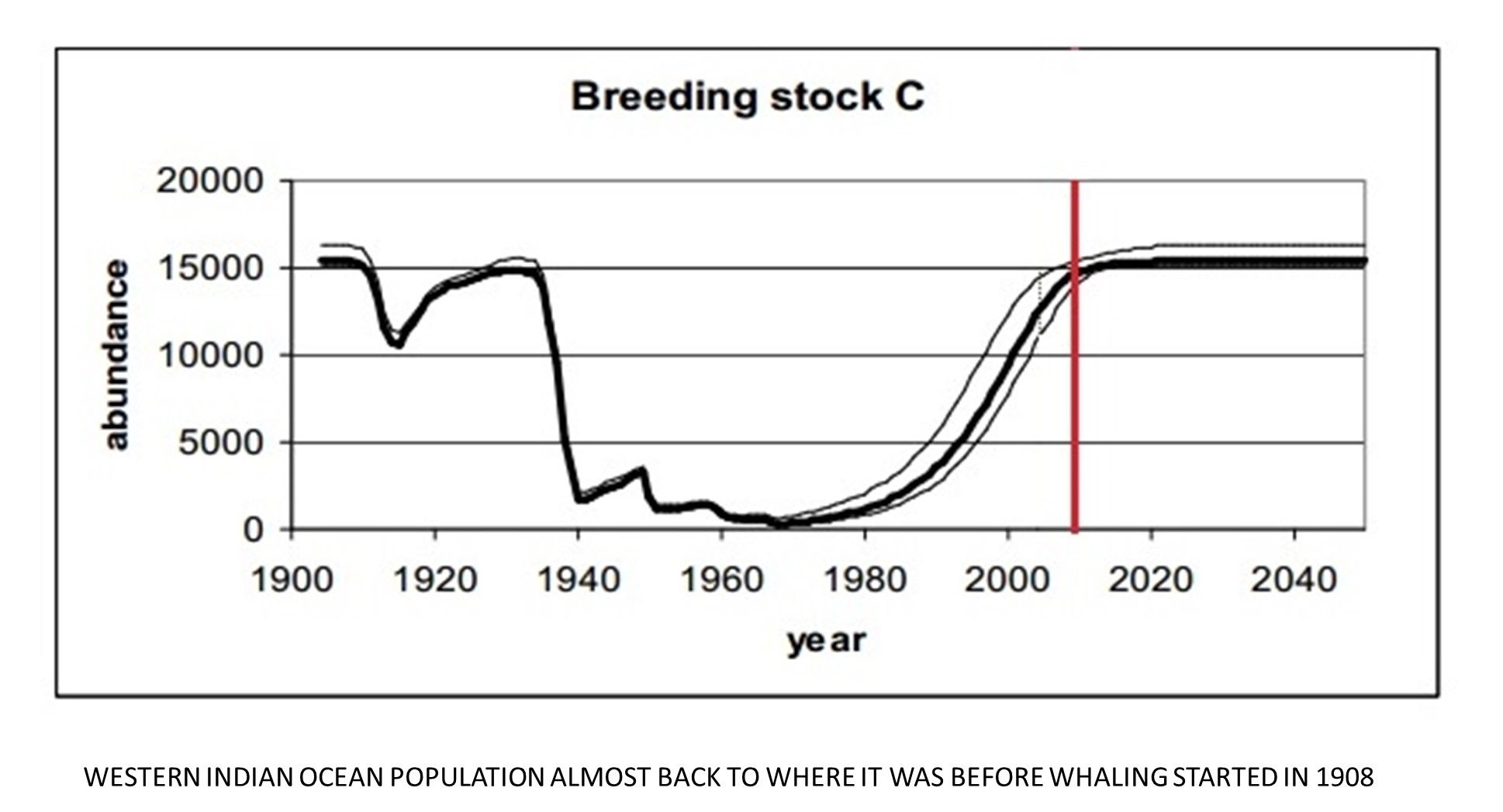 At present climate change, ship strikes, entanglements and plastic pollution are the main threats to these animals. It was because of these threats that Raggy Charters, under the banner of the World Cetacean Alliance (WCA), decided to link communities together along the route of the migrating humpback whales.  These communities were assisted by Raggy Charters and the WCA to hold similar whale festivals. During 2019 besides a lecture on the humpback whale migration, presentations were also given on marine plastic pollution and how it could be prevented.

In 2021 we will be looking at and discussing the entanglements in fishing gear. Due to public pressure, octopus traps were removed recently and modified and since then not a single whale has been caught. The same cannot be said about the crayfish trap gear and many Bryde's, Southern right and Humpback whales die a slow and agonising death. 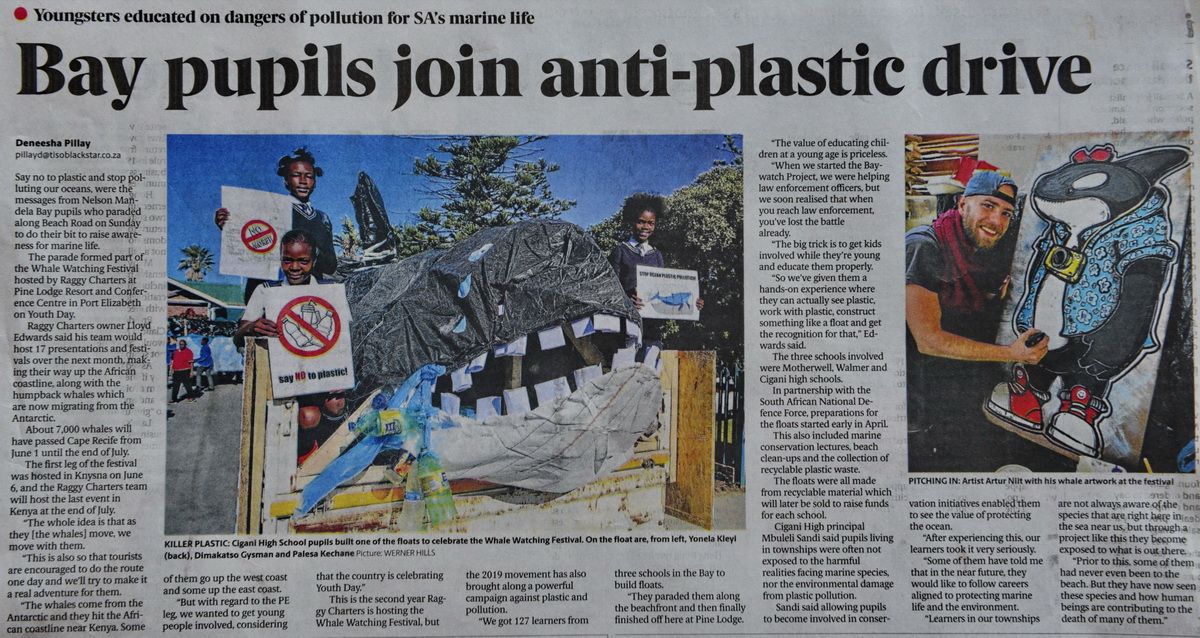 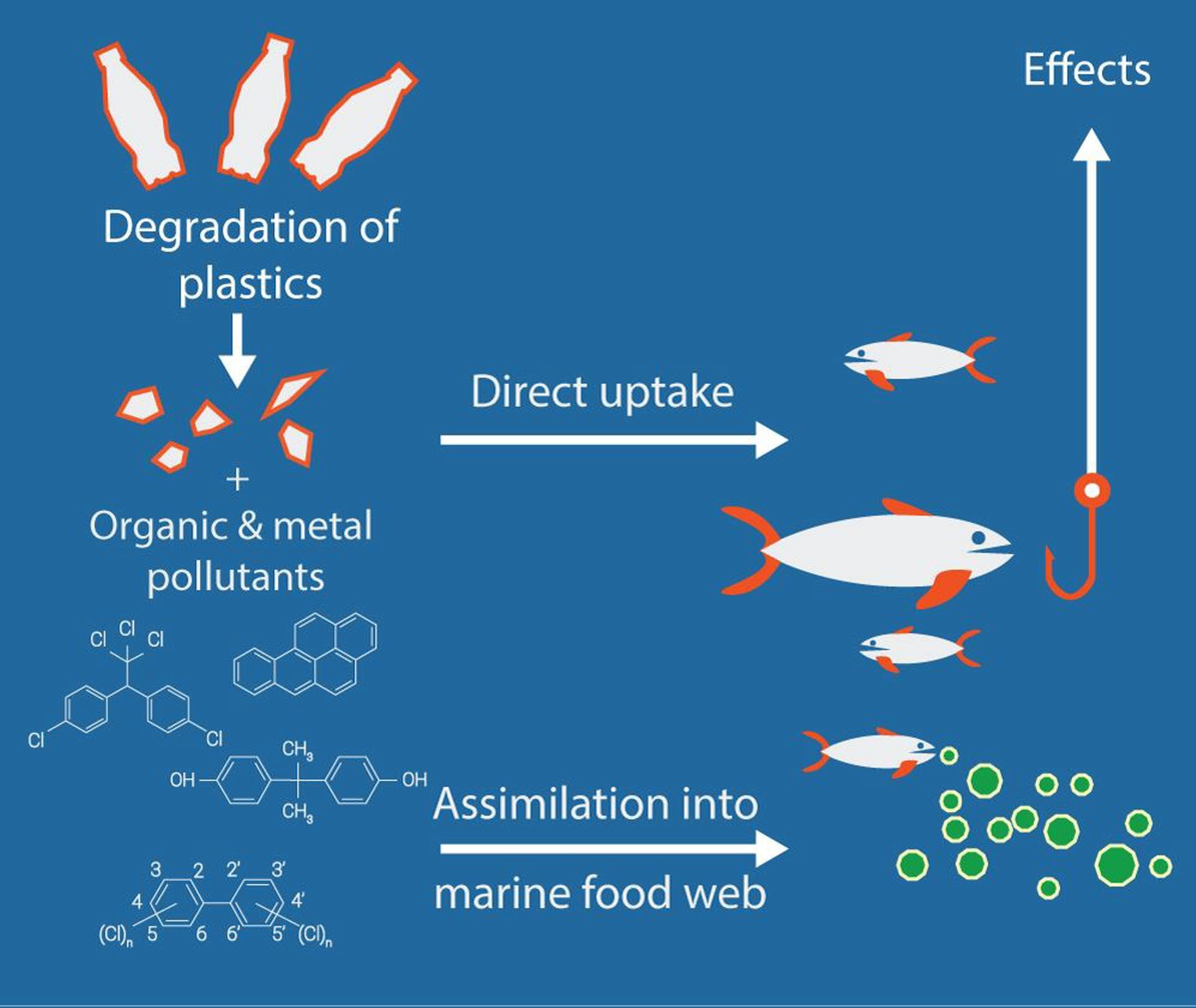 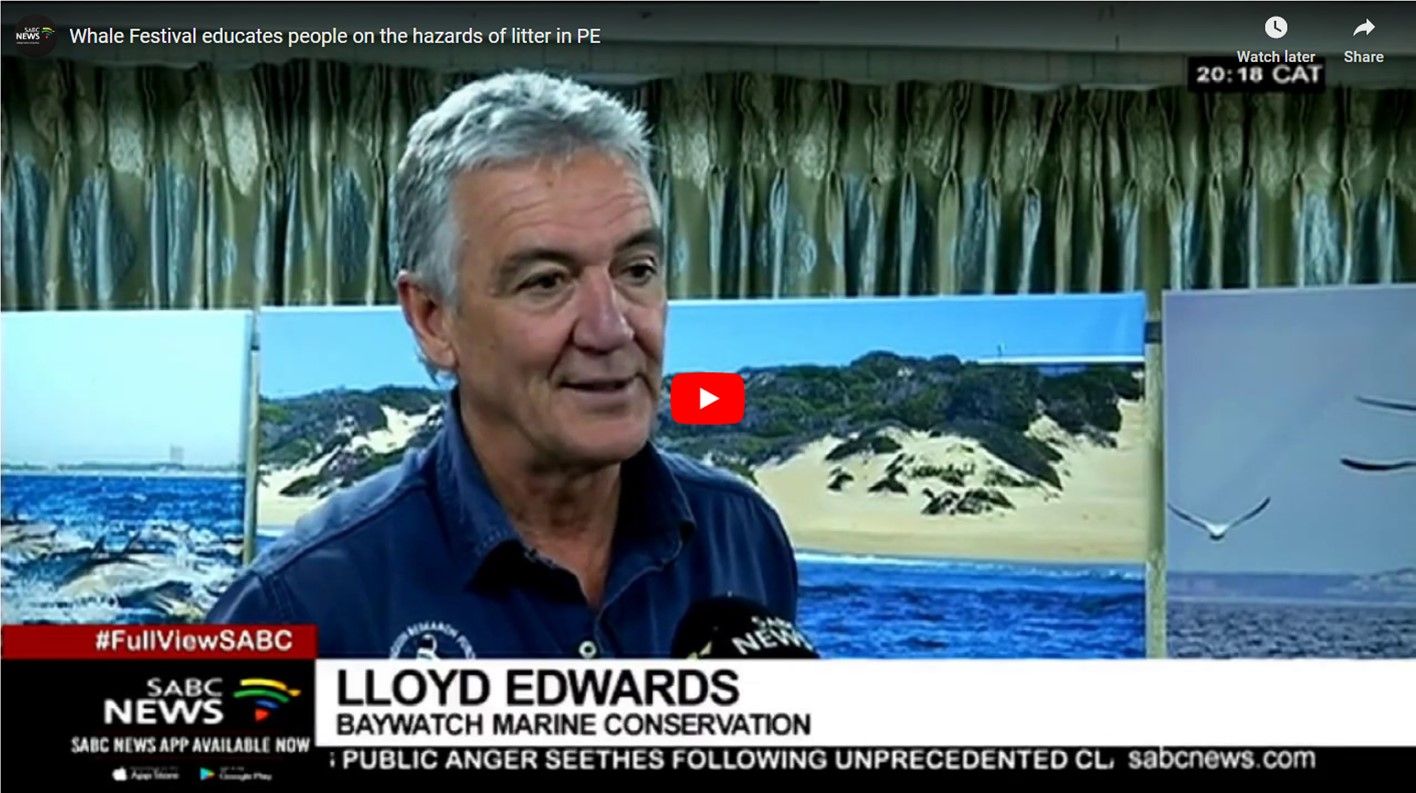 In 2019 the South East Africa SEA Humpback Whale Migration Route was born. Lloyd initiated and assisted in setting up 17 whale festival or presentations all the way from Knysna in South Africa to Watamu in Kenya.

The response in 2019 was an overwhelming success and this year we are expanding the route to become the Southern African Humpback Whale Migration Route to cover the West and East coasts of Africa. The longest migration for any mammal species. We are in the process of preparing festivals and talks at 25 locations, from Swakopmund in Namibia to Watamu in Kenya.  The presentations cover the entire migration. When the different groups pass, where they are heading, the birth and nursing of calves, the roles of the males, sub-adults and receptive females on the long journey home.  The dangers these mammals face on the journey such as killer whale predators, ship strikes, entanglements and exhaustion caused by the lack of food resources. 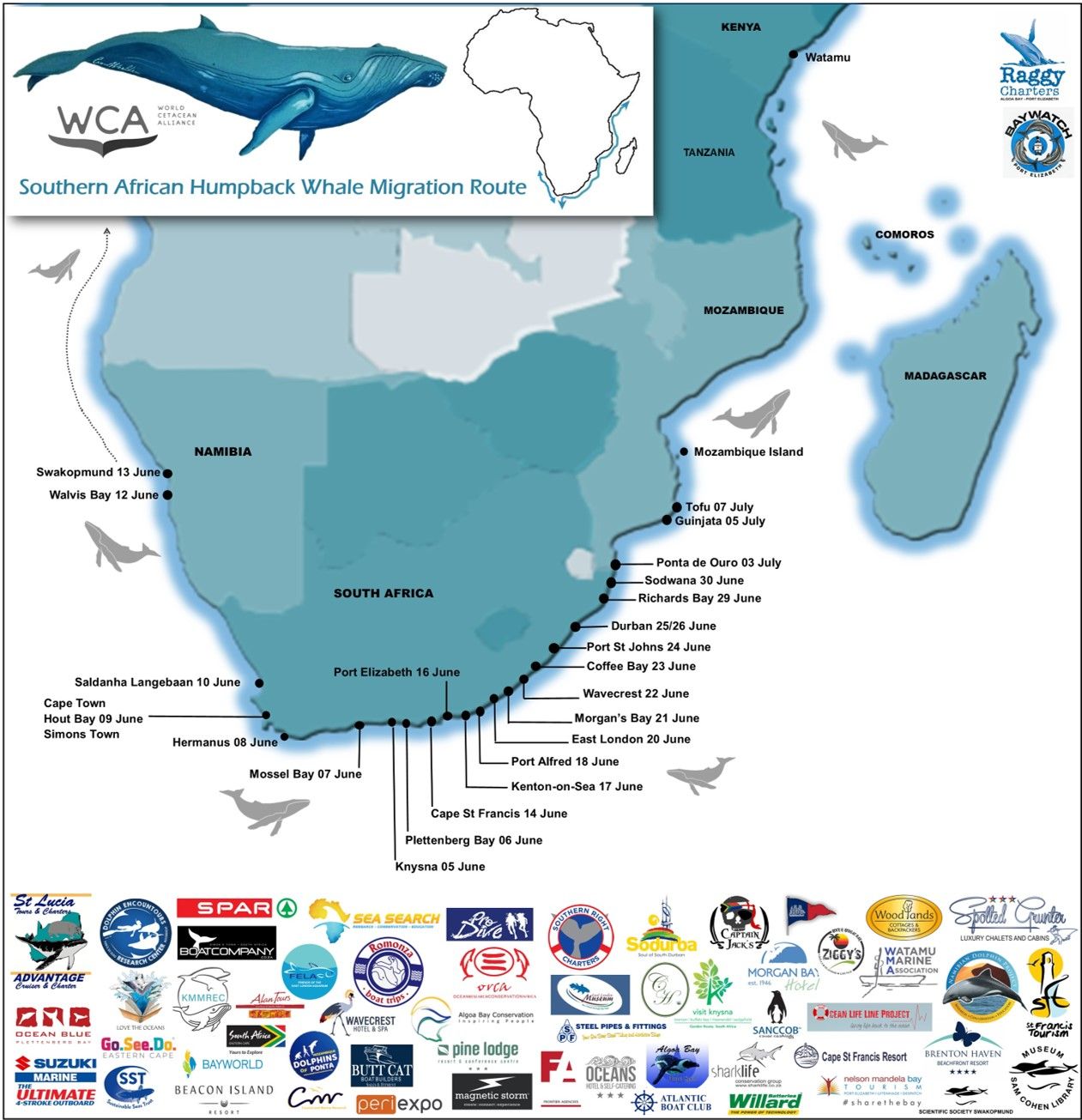 The WCA world whale conference held in 2019 in Hervey Bay, Australia presented the perfect platform to expand this concept to include the whole of the humpback migration in the Southern Hemisphere.  Lloyd travelled the entire Australian coast from Exmouth in the North West to Cooktown in the North East, some 20 000km. He then also did a similar tour of whale watching companies in North and South Island of New Zealand.  To complete the route, WCA representatives were hoping to include Tonga, Argentina and Brazil. Unfortunately the Covid pandemic laid waste to these plans for 2020.