After an adventurous cruise into Algoa Bay, we arrived at St Croix Island to observe what is left of our endangered penguins. As I peered at the island, I suddenly noticed a white bird that looked something like a cross between a chicken and a pigeon. I recognised this out of place bird, but from where? After a while it dawned on me that I had seen them in Patagonia on offshore islands, while researching seabirds with Lorien Pichegru.

It’s Latin name is Chionis alba, chionis meaning snow and alba meaning white. Besides penguins, it is the only other bird that breeds on Antarctica. Maybe it felt at home on St Croix with our endangered African penguins. It also breeds at South Orkney, South Sandwich and South Georgia. During winter they migrate to The Falklands, Argentina and Chile. They have an underlayer of feathers which helps insulate the bird in these harsh environments.

This bird will eat nearly everything including carrion, animal and bird faeces, regurgitated fish from penguins while feeding their chicks as well as their chicks and eggs, still born seals and even it’s own still born, human waste, regurgitated body fluids while harassing albatross chicks, invertebrates found in the intertidal zone and will even drink blood and rip pieces of meat from live seals’ wounds! It is the only Antarctic bird that does not have webbed feet so it cannot fish for food like the others. No wonder it has such a bizarre diet!

It is really an eccentric creature and as can be seen in the last photo, it may hop around on one leg to avoid heat loss. Like the penguins on St Croix, they lay their eggs on rocky ridges in nests constructed from rocks, bones dead chicks and any other washed up materials.

(UPDATE, the Sheathbill was observed again on 24th and 25th July!) 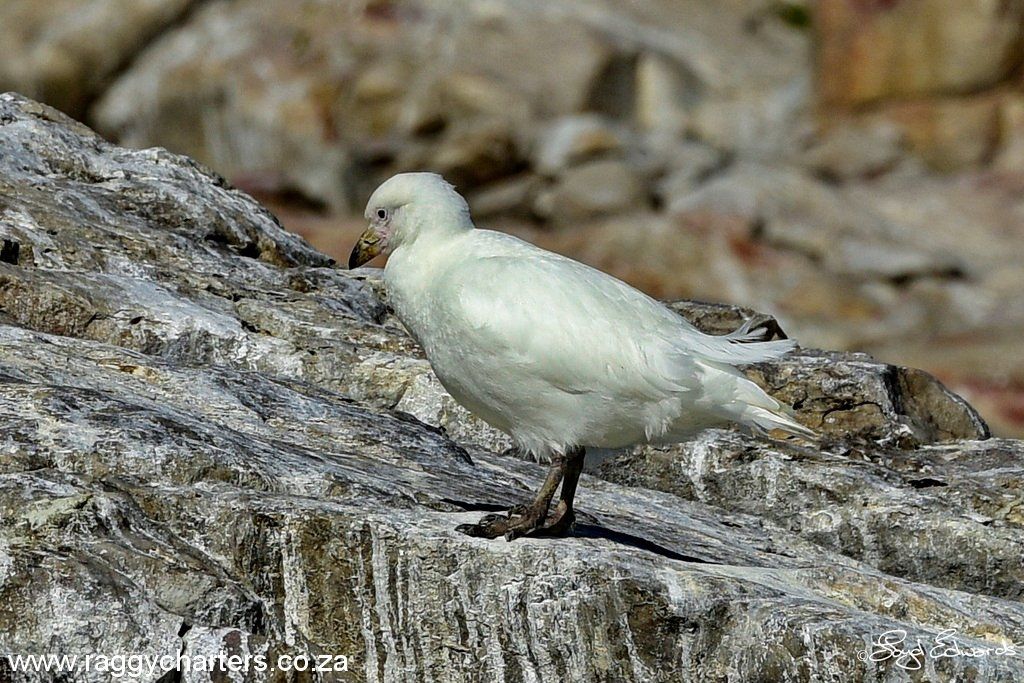 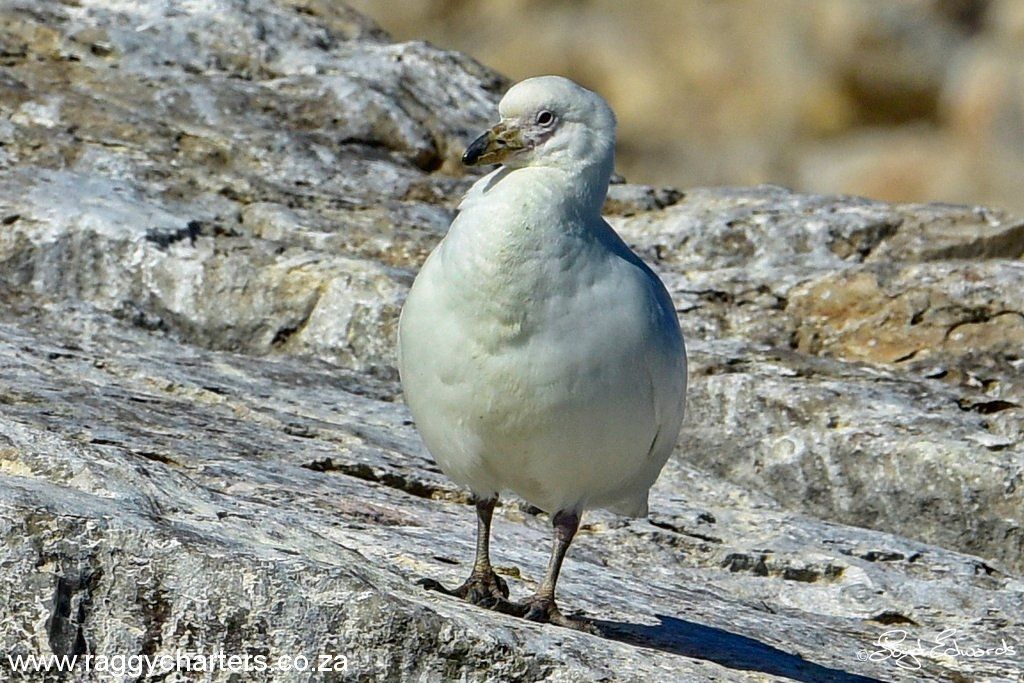 Note the sheath on the upper part of the bill, large feet and strong legs 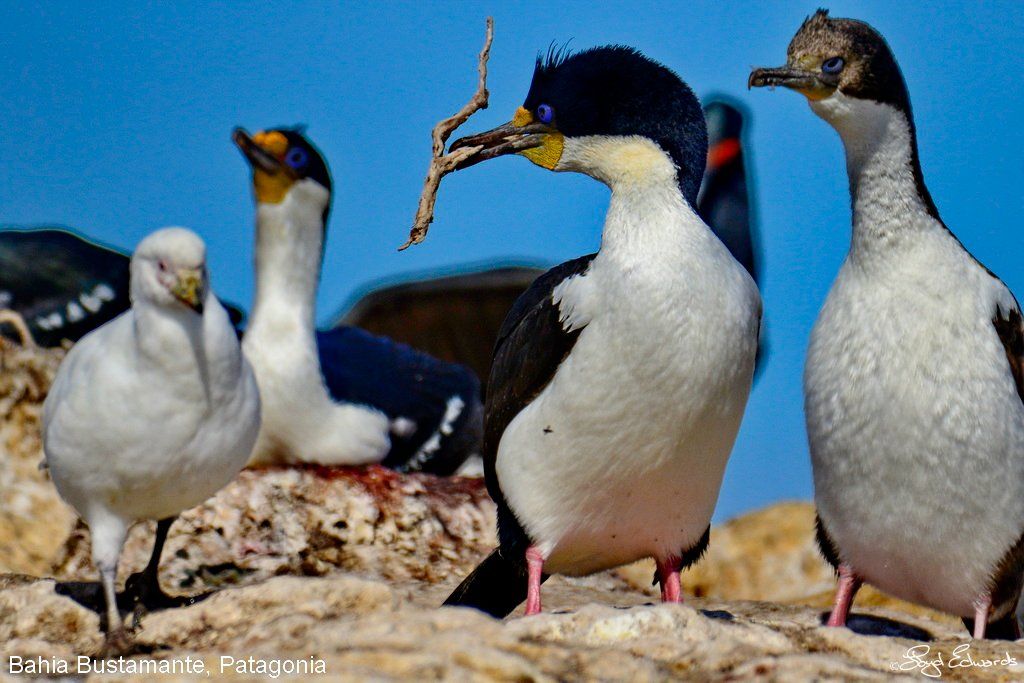 Looking more at home in Bahia Bustamante, Patagonia, Argentina. With it are the beautiful Imperial Cormorants building nests. 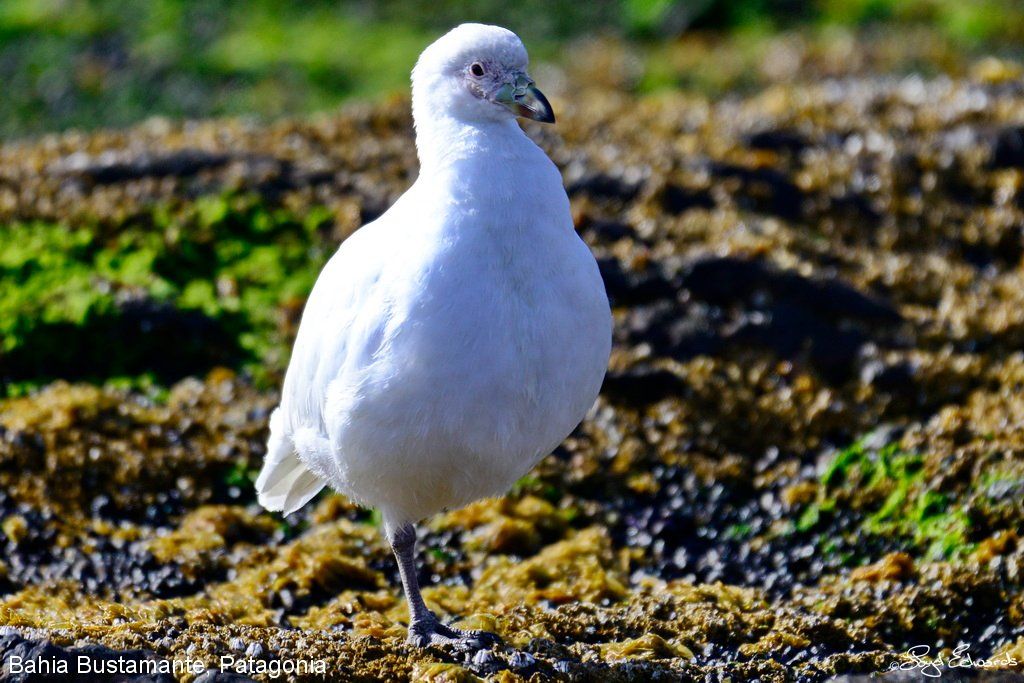 Eccentric indeed as this one in Patagonia can be seen hopping around on one leg to avoid heat loss.