On 14th August 2020 we ventured out into Algoa Bay on our second cruise (day 142 of lock-down) since marine tours have been allowed and what a day it turned out to be! We decided to head past Cape Recife and do a deep approach to St Croix Island. This proved to be a good move as Jake shouted from the roof that there were birds feeding and splashes below them heading in the opposite direction to the wind. We charged off in the direction and to our absolute joy we found a school of around 200 common dolphins. 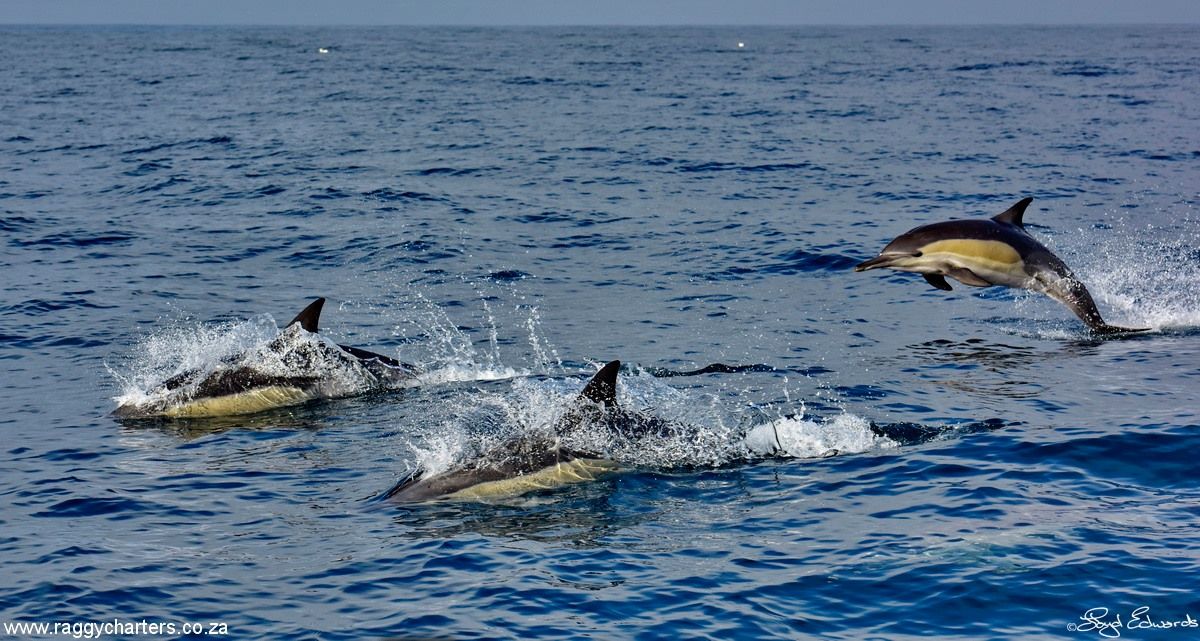 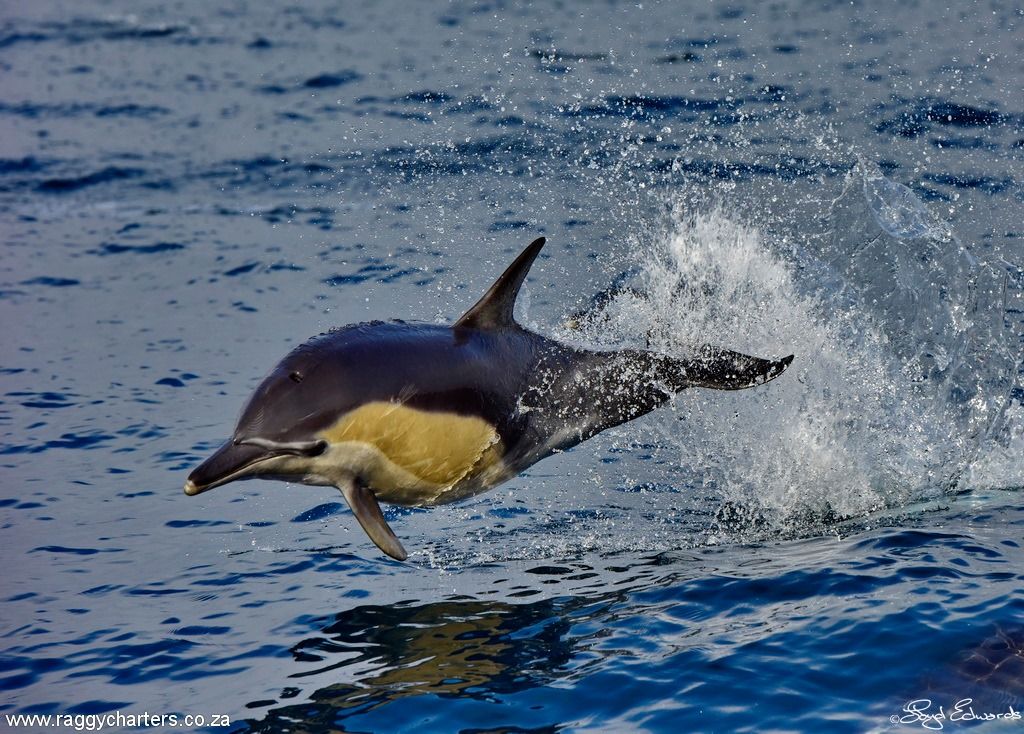 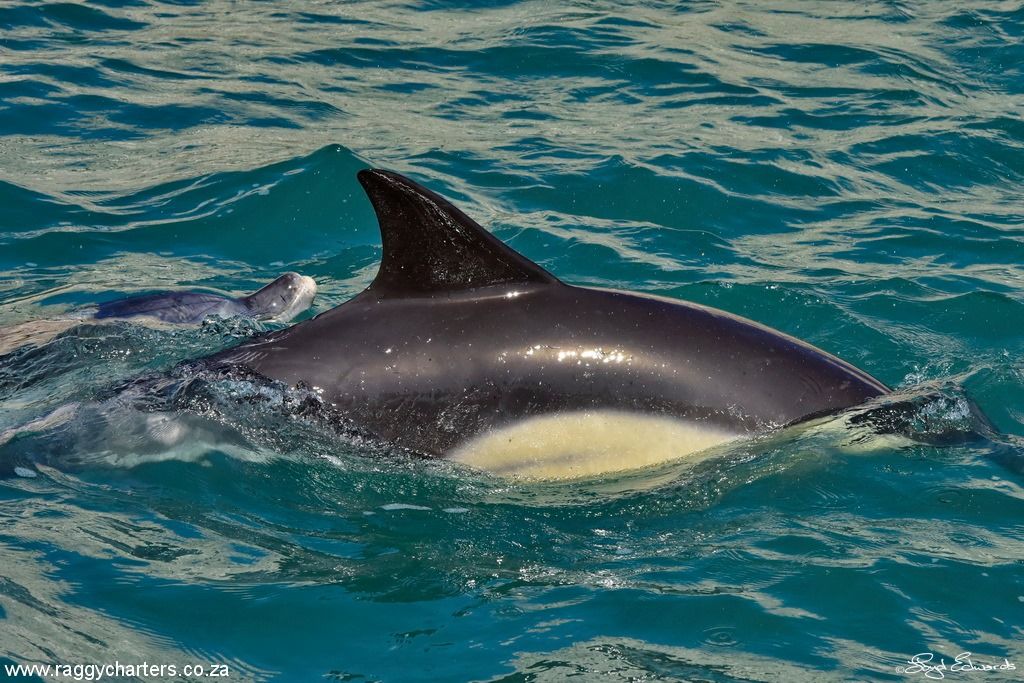 When we approached closer, your breath gets taken away by their sheer energy in motion and the noise this creates. They travel in close proximity to one another at speeds of up to 35 km/h for extended periods, many animals breaching simultaneously. More than any other species, they will actively follow and interact with our boats for long distances, even if this means leaving the rest of the school for a while. Once you have been in a large school of common dolphins you will take the experience with you forever! They average between one and three thousand although while filming with the BBC far south of Bird Island, we came across an estimated 10 000 individuals.

Next up was a beautiful adult Indian yellow-nosed albatross. These graceful birds hardly seem to flap their wings and rely on the wind lifting off the waves to give them momentum. They are winter visitors to Algoa Bay and breed on islands near New Zealand. 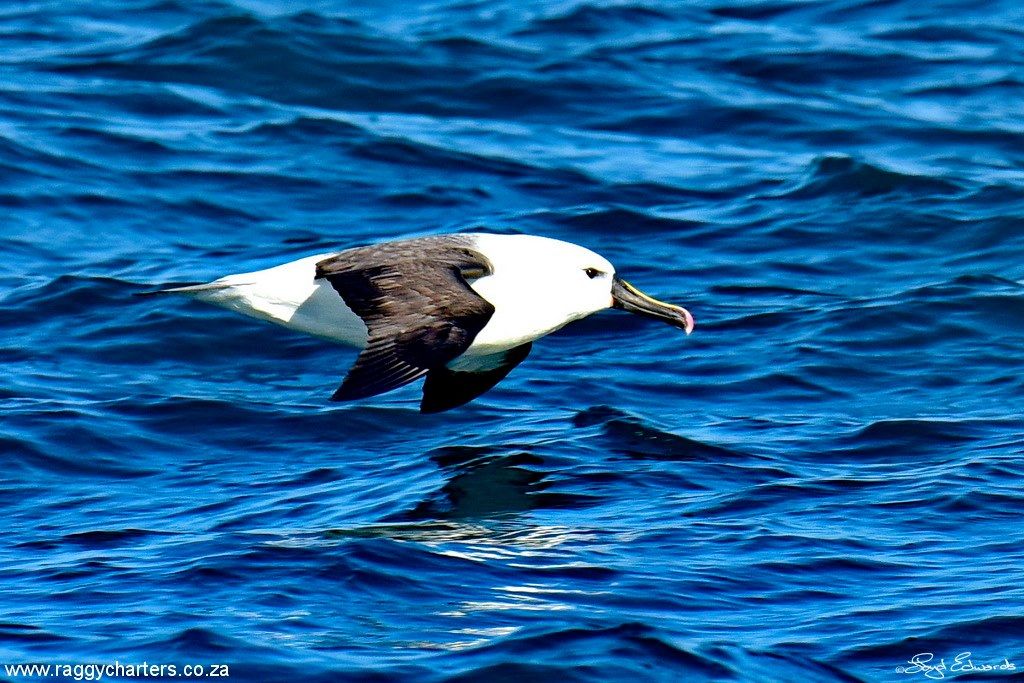 On approaching St Croix we met up with a school of around 100 Indo-Pacific bottlenose dolphins that swam towards the island and joined up with another school that were already in “Lover’s Lane”. This got its name because this is where the dolphins relax and spend much of their time mating. We were not disappointed and it lived up to its name!

After our allocated 20 minutes of close encounter as per our permit conditions we moved around to Lloyd’s Bay on the eastern side of the island. We were very surprised to encounter another much larger school of bottlenose dolphins here, around 300. We were very excited to see a common dolphin swimming with this school. We have seen this a few times in the last 22 years. These bottlenose dolphins had very short rostrums and large dorsal fins. We wondered if they were not perhaps common bottlenose dolphins. It is so difficult to tell them apart. It was also nice to see more penguins on the island as they are now starting to return in order to complete their annual moult. 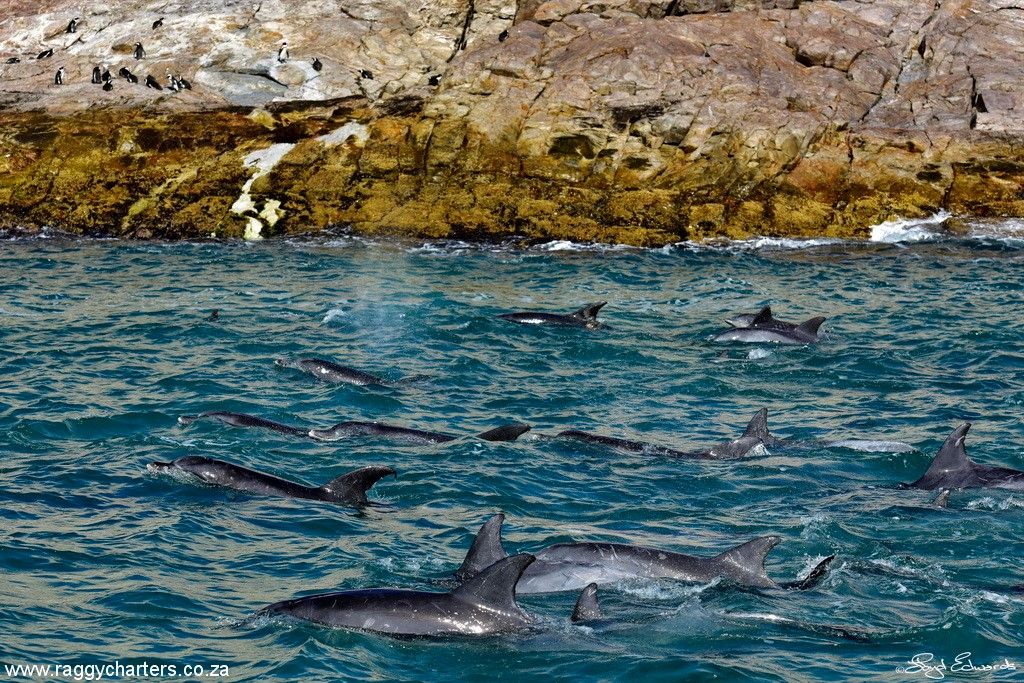