What amazing Easter weekend’s “sardine run” action was had by all involved. Although the wind was close to gale force at times and the seas big, our new catamaran, "My China", managed to handle everything that was thrown at her. We hooked up with the same 3000 strong school of Long-beaked common dolphins every day of the long weekend. They were chasing bait fish south and east of Cape Recife, coming close enough to the shore to be observed by our PE Cetacean Spotters. Thanks guys for getting us onto the action. In the attached photos you can see the Port Elizabeth beachfront very clearly.

In the first photo you will see three cow/calf pairs in the front of the photo. The calf on the left is relatively new-born, the one in the middle a much older calf and the one on the right somewhere in between. It is not often I have managed to take a photo of three calves out of the water and in such varying ages. The cows use the sardine run to wean their calves. We know this, as stranded calves have been found with both breast milk and fish in their stomachs.

Although the “sardine run” is associated with sardines in Natal, it is not always the case here in Algoa Bay. As can be seen by photo # 5, the dolphins, gannets and the odd Bryde’s whale were feeding on anchovies. This one jumped right into the boat! Anchovies filter feed on zooplankton and are a very important food source for many fish, birds and mammals. Adults live for three years and spawn on the Agulhas bank in summer. Some migrate up the west coast and some to the east coast. They make up the main component of the purse-seine fishery and are unfortunately turned into fish meals and fish oil. The population up the west coast has almost collapsed completely due to overfishing. Cape gannet and African penguin populations have also plummeted as a result. Will we ever learn?!

Our amazing Algoa Bay Hope Spot never ceases to provide.Thanks to Butt Cat Boats and Suzuki Marine South Africa for a wonderful combination to take us out to sea in near gale force winds and big seas. 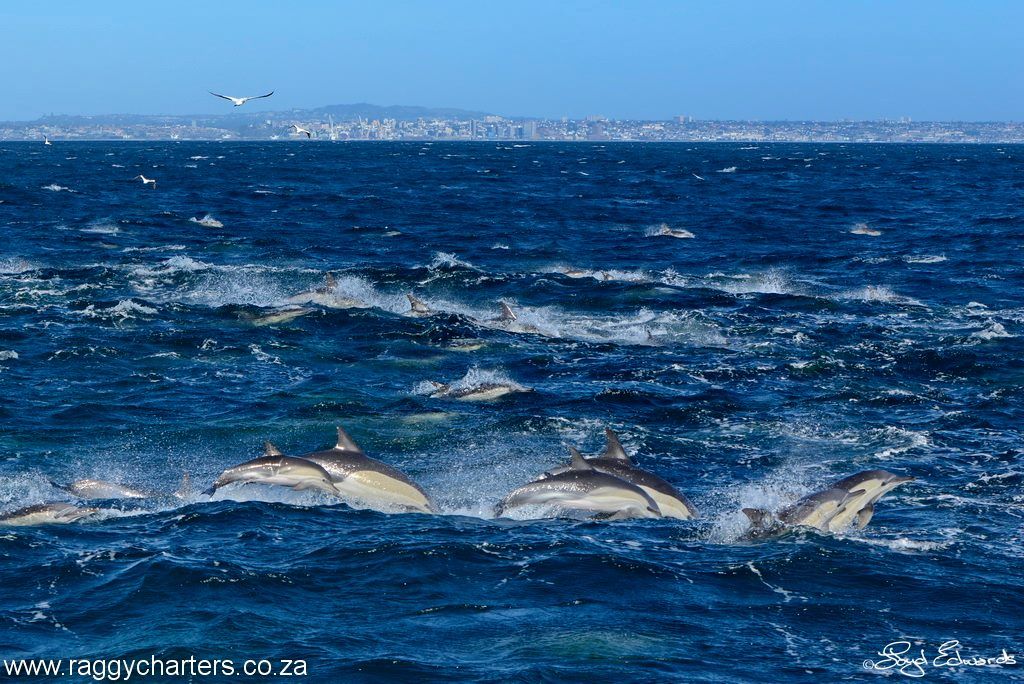 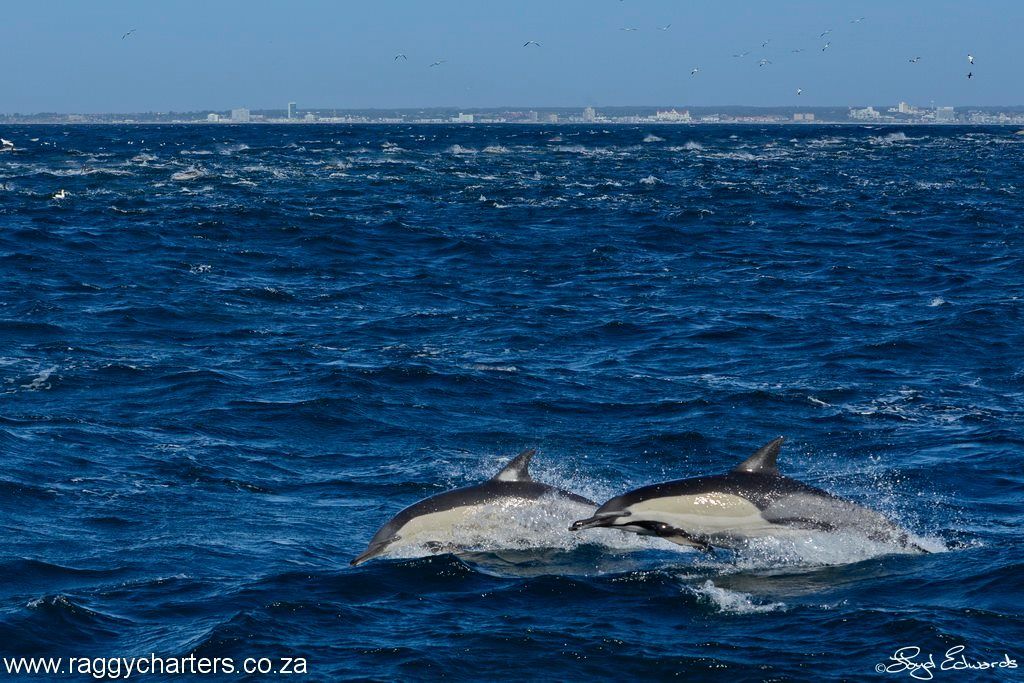 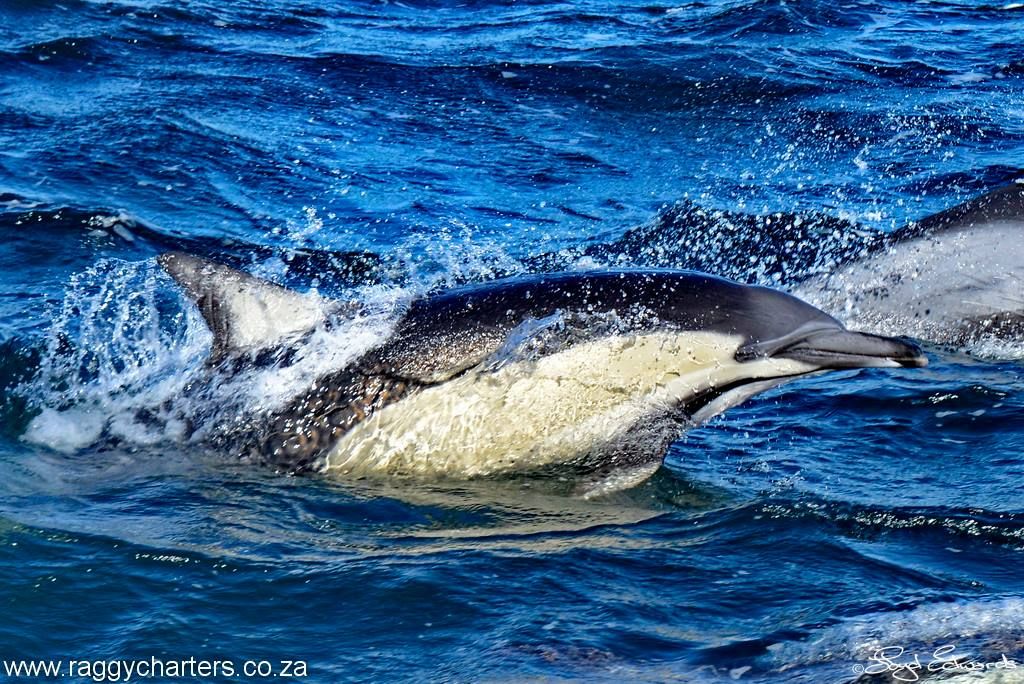