After receiving news of a Southern right whale off the mouth of the Swartkops River, we decided to offer the Port Elizabeth locals a chance to come on an exploratory cruise. As we were not sure that we would be able to locate the whales, we offered the cruise for a donation. We very quickly filled up our catamaran “My China” to capacity and headed off towards the last position they were seen.

Nothing was sighted at Swartkops River, nothing at Coega and nothing at the islands. We were getting desperate and called Karl Botha from Sundays River Adventures who sent his skipper Adam Mereki down to the river mouth. Adam located the Southern rights close to the shore. We didn’t tell our passengers so they could “discover” them for themselves. It was indeed a surprise as we saw four whales, two of which had calves. We did not approach two of them closely enough to see if they also had calves. Time will tell. The Port Elizabeth folk loved every minute of our allotted time with these giants. The atmosphere on the boat was joyous indeed with the clicking of cameras and excited chatter.

The whales get their names from the fact that they were from the Southern Hemisphere and were the right whales to hunt. They average 14 metres with a maximum of 15, 5 and weigh up to 45 tons. They were slow moving and stayed close to the shore, well within the reach of land based whalers. Unlike other whales, they floated when dead and produced massive amounts of oil, meat and whalebone (baleen) of superior quality to other whales and were thus highly profitable. So much so, that they were reduced to around 300 individuals by 1920 and given international protection in 1935. Since then they have increased at 7% per year and now South Africa has a population of around 7 500 out of a Southern hemisphere population of 15 000. The pre exploitation population was estimated at between 55 000 and 70 000, so we still have a long way to go!

From our records over the last 23 years, the earliest they enter the bay is May and the latest they leave is November. Their heads comprise a third of body length and they lack a dorsal fin. They can be distinguished from other whales in that they have a V shaped blow, whereas other whales have an upright one. Their heads are covered with patches of rough calcified skin called callosities. Although grey, they look white due to the whale lice and barnacles that reside on them. They form a unique pattern on each whale which is very useful in identifying individuals. Their pectoral fins are short and powerful and allow them to maneuver in shallow water.

The area around Sundays River mouth has become a popular spot for mothers and their newborn calves in recent years. All the noise associated with ship to ship bunkering around the new port at Coega and North End has forced these animals to relocate to a quieter area. Thank goodness for the newly proclaimed Addo Marine Protected Area. This year the calving season was spot on time for the peak at the end of August. This is where nursing takes place and the newborn rapidly gains weight from its mother's nutritious milk. A whale’s milk contains 43% fat and has the consistency of toothpaste to make sure it is not diluted by the salt water. Compare this to humans and cow’s milk which is just over 3%. The calves are born head first and size can vary from 4, 5 to 5 metres. Although they don’t normally stay in the bay for longer than two months, they are fed for 3 to 4 months while moving westwards along our coast, growing at 2, 5 cm a day.

Recent studies suggest that the reason the pairs stay close to the breakers is so it makes their communication undetectable to predators like killer whales. The surf apparently drowns out their whispers to each other. When they are around 8 metres in length they are strong enough to take the long swim back to their feeding grounds some 2000 km away. The calves are weaned at 6 months although they can remain with their mothers for a year. 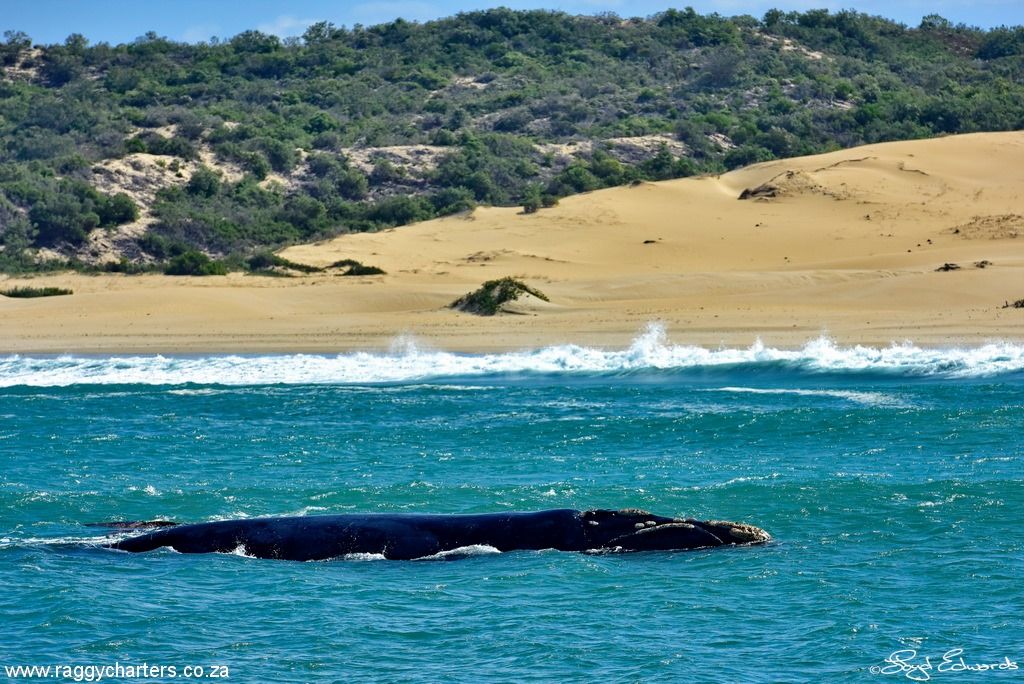 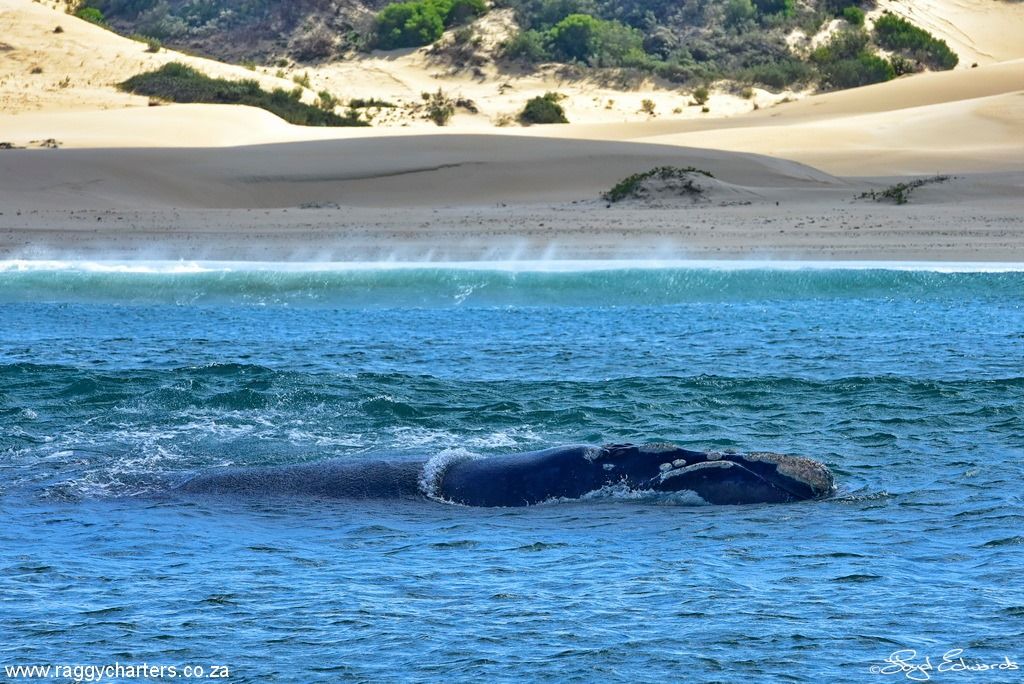 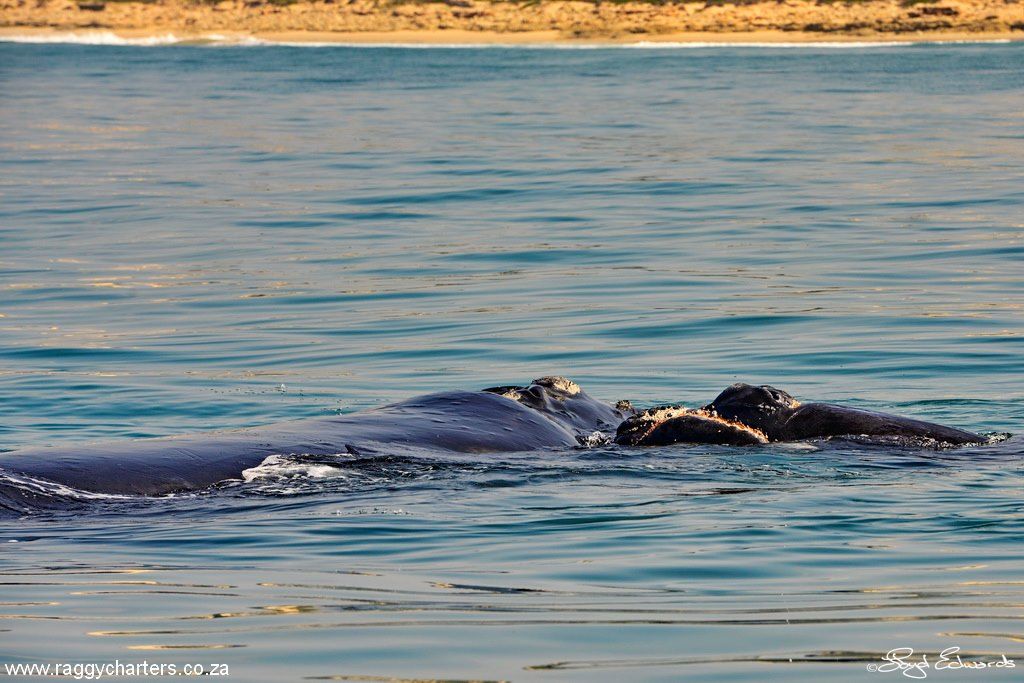