After seeing calves of humpback, Southern right and Bryde’s whales recently, it was great to observe a new-born white Southern right calf with it’s mother. This is the fifth white calf I have recorded since I started Raggy Charters 25 years ago. The pair were observed in shallow water close inshore between Hougham Park and St Croix Island.

Early whalers in Algoa Bay referred to Southern rights as “black whales” as this is their normal colour. While their backs are black, most animals have a white blaze on their belly around the naval. Variously sized white blazes are also found on the backs of 5% of adults of both sexes. Some animals also display grey markings on their backs which are irregular and chevron shaped, pointing towards the head. These markings are almost white at birth and difficult to distinguish from blazes, except that unlike blazes they darken with age. These marks are only present on females on about 10% of the population.

Around 3,5% of all Southern right calves born are white, except for a black collar and black patterns just behind the head. According to Dr. Simon Elwin, "That rough skin on the baby is thought to play a role in initial thermoregulation (it's a little thicker than normal skin) and appears to be shed within about a week of birth through a process known as 'post-natal ecdysis' ". Like the grey markings on the female, they gradually darken with age and become what is referred to as “brindled”. About 94% of these brindled animals are male. A female can only be brindled if she is the offspring of a brindled male and a female with grey markings. These markings have not been recorded on their Northern hemisphere cousins, the Northern right whales.

Last year we observed a “brindled” adult Southern right whale in exactly the same place we saw this calf. It is not unlikely that this whale is in fact the father of this new-born calf, as the gestation period is one year. Wouldn’t that just be a great coincidence for our beautiful Algoa Bay?! Last year’s white adult is as per photos 5 and 6 below. 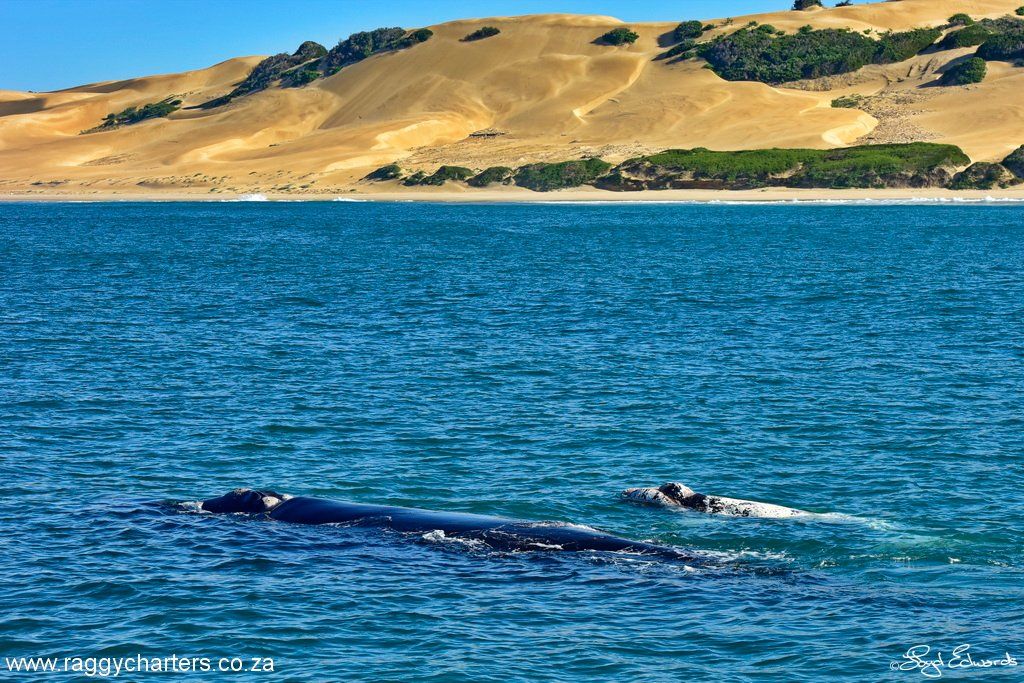 Our first glimpse of the white calf swimming alongside his mother in the shallows off Hougham Park. Taken with a Nikon D810 full frame, 500mm lens, ISO 560, f/10 and 1/1000th second.

In stark contrast to his mother, he is almost all white except for a black collar behind the blowholes and some other black patches and spots on his back.

The calf approaches it's mother from the side. 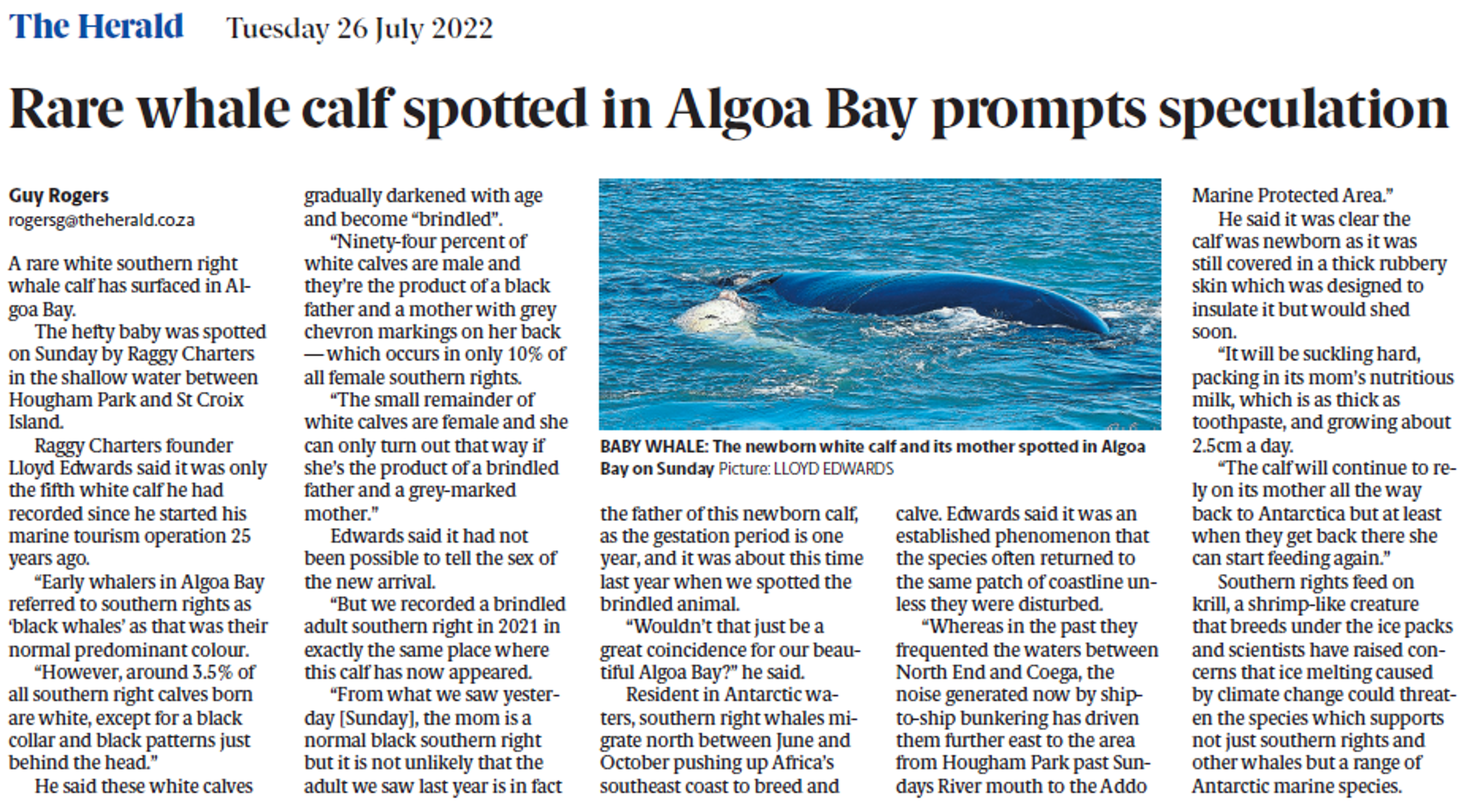 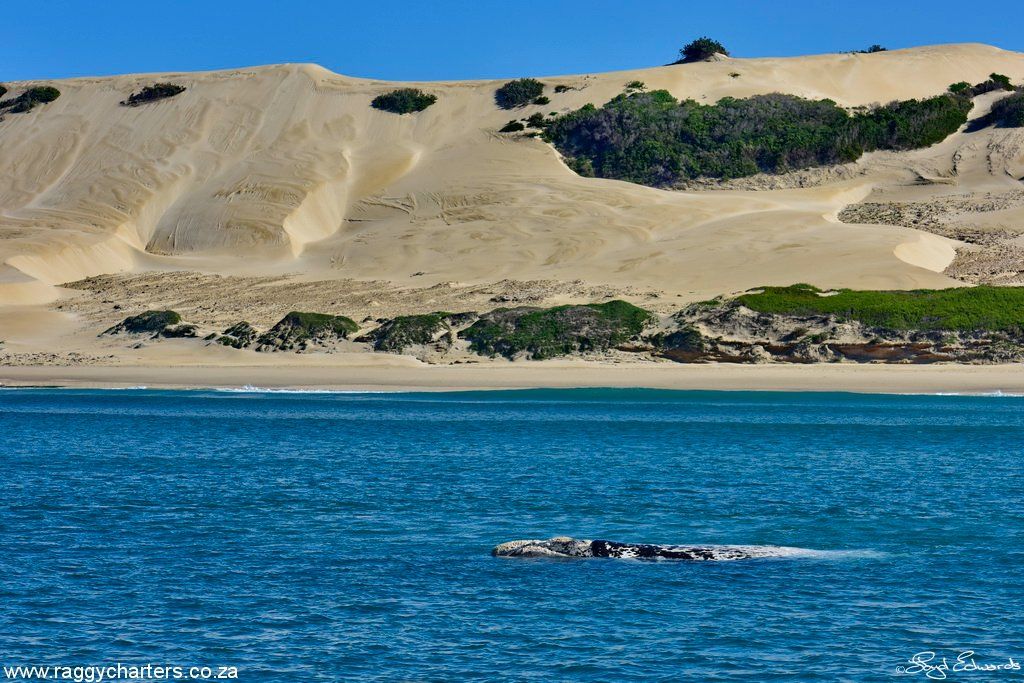 This was the adult "brindled" Southern right whale we saw this time last year in the same place and could well be the new calf's father! 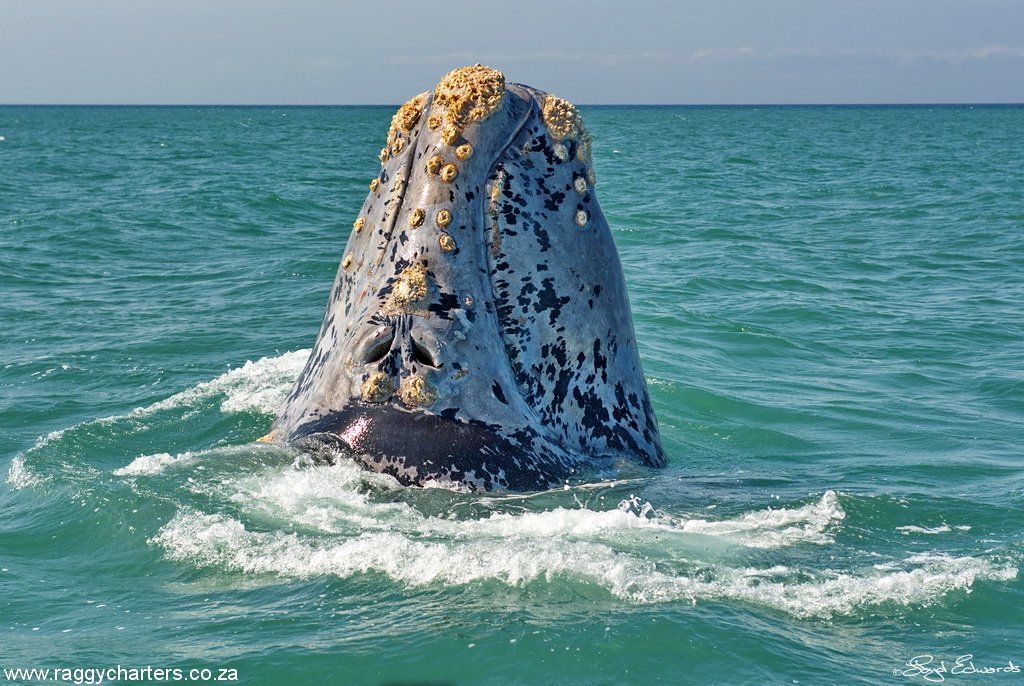 White calves will darken with age and eventually become grey or brindled like this individual. Note the open blowholes, the thin top jaw to which the baleen plates are attached and the wart like callosities. The callosities are unique to each animal and give scientists an idea of the population dynamics. 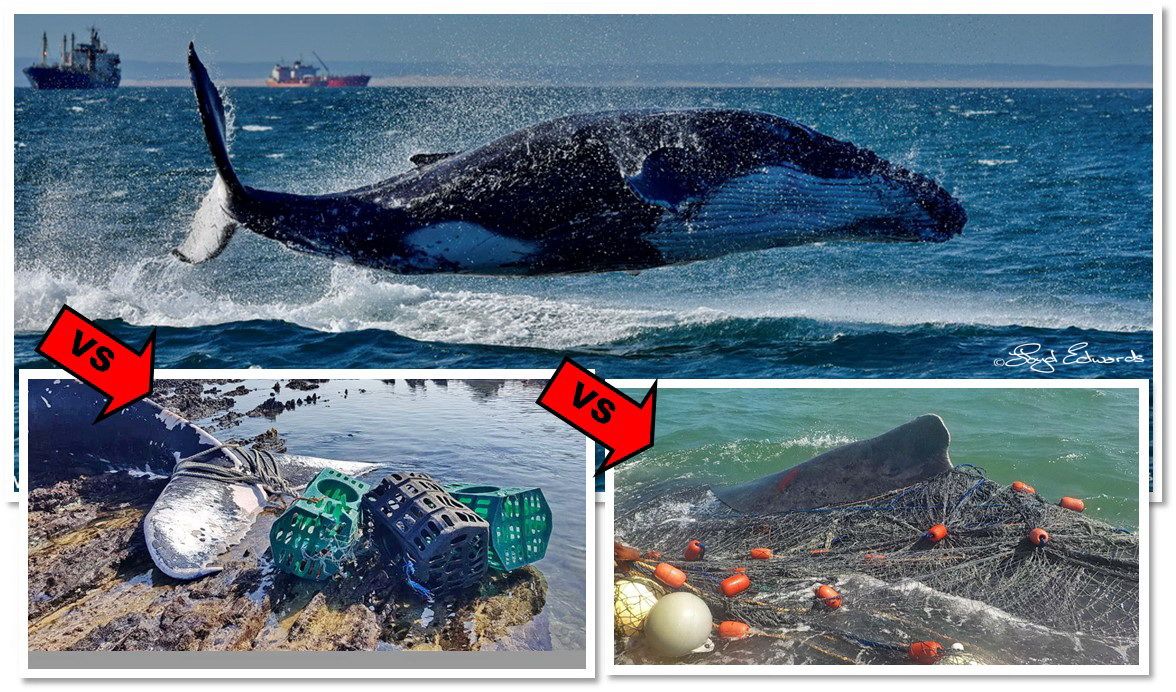 If you would like to see these whales living in a safer environment, please sign and share our petition in support of buoy-less fishing. Don't wait for another whale to wash up like in the photo and think . . . I wish I had signed the petition!