Wednesday, 6th January 2021
A brand new BBC five series documentary narrated by David Attenborough is being screened at present. Some of the chapter called “Oceans” was filmed right here in Algoa Bay from the 17th April until the 8th May 2018. 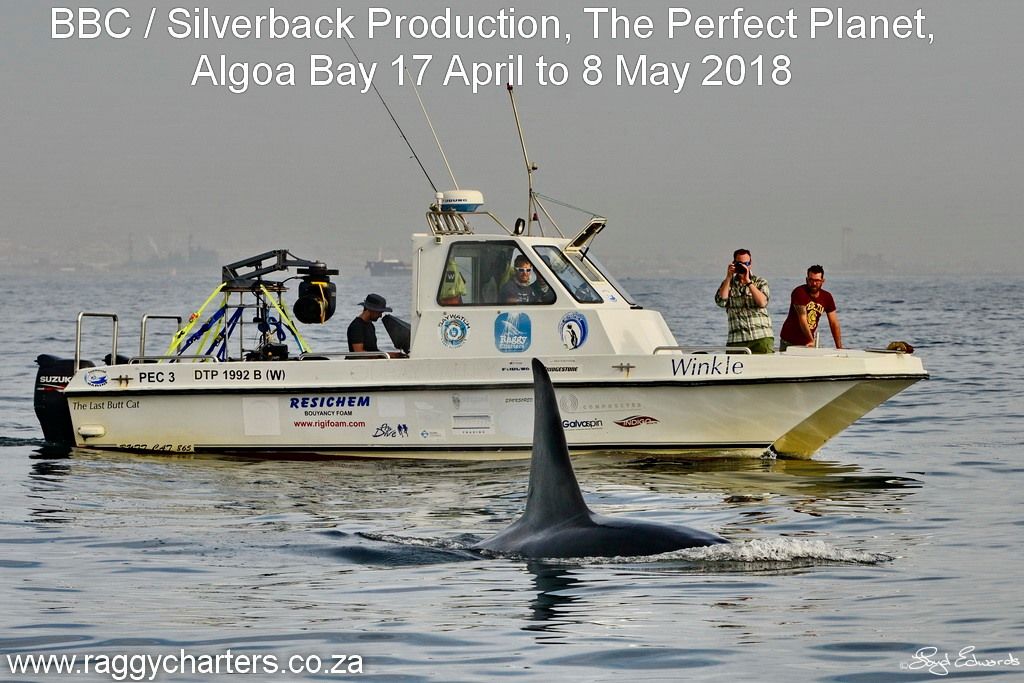 A male killer whales breaks the surface in front of Winkle. There were another five orcas in the pod. The camera operator Howard can be seen controlling the camera just behind the cabin. He is looking into a shaded box that contains the monitor. The skipper is Jamie Edwards.

According to David Attenborough, “Planet Earth is perfect. Everything about our world size, distance from the sun, its spin and tilt, its moon, - is perfectly suited to our existence, and our planet’s natural forces perfectly nurture life.”
As can be seen in the attached photos, they made use of the Raggy Charters team of Lloyd and Jamie Edwards and Jake Keeton. They used our 8.6m Buttcat named Winkle, which was perfect for the job. Their Ciniflex Camera was developed from similar ones used by the British Forces in Afghanistan recently. We managed to track down Long-beaked common dolphins and bait balls on 18 of the 20 days spent at sea, quite an achievement! 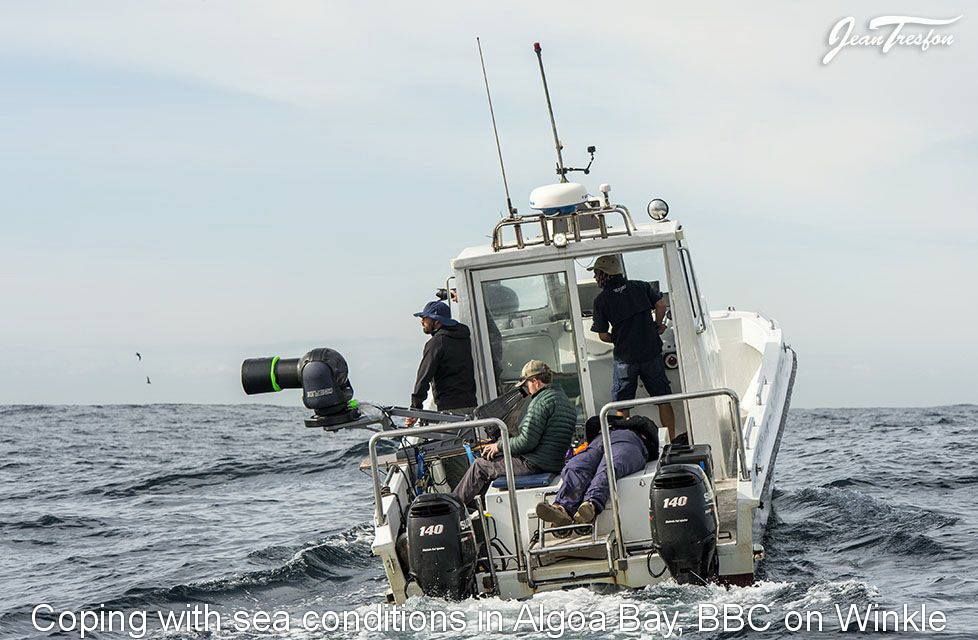 We had perfect conditions for most of the shoot. April generally has the calmest sea conditions of the year. Since then we have added hull extensions to Winkle which gives us a bigger working area. The outboards have been upgraded to 150hp.

According to the new kid on the block at the time, Jake Keeton, who is now Operations Manager for Raggy Charters, it was a dream first debut. The excitement of prepping the boat to leave at sunrise and the anticipation of what to expect was enormous. Spending the entire day at sea and coming home as the sun was setting was draining. How we ever found the energy to still refuel and find supper and drop down into bed still baffles him!
Being 40 nautical miles from shore on a regular basis was awesome. We started off filming a school of killer whales and the next day it was a school of False killer whales which was also a first for Raggy Charters. Another highlight was seeing a school of around 10 000 common dolphins chasing bait fish, our biggest to date. One of the bait balls had 12 Bryde’s whales chasing fish in front of the common dolphins . . . really crazy stuff. Jamie also had a chance to teach Jake the way in which to position the boat in order to get the best footage. At first we always tried to position the boat with the sun behind us, but due to the extreme quality of their whopping camera, this was not necessary. 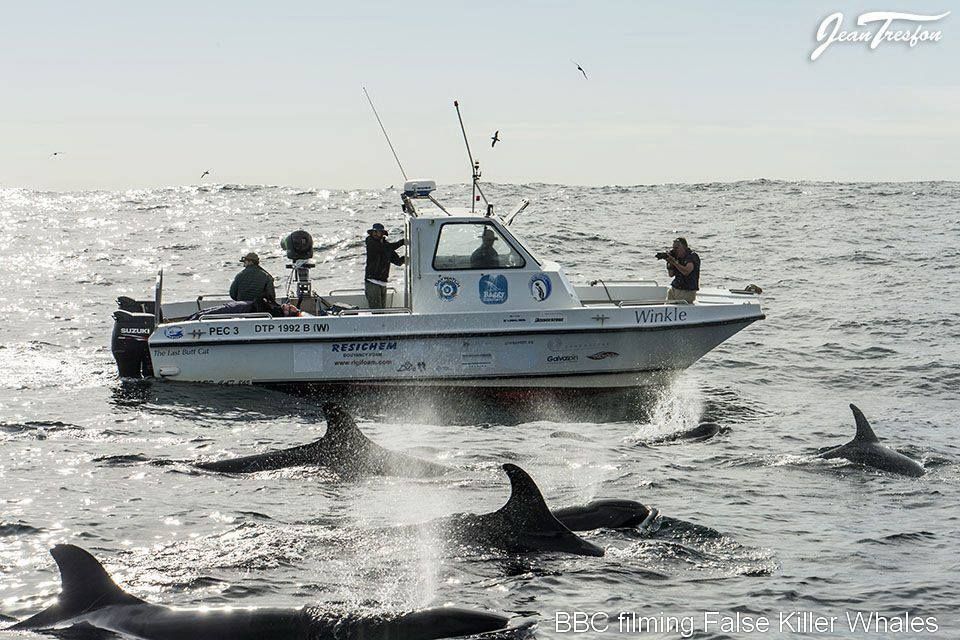 Our first ever sighting of false killer whales about five nautical miles off Cape Recife.

It is so cool to see everything come together and know that you have been part of a team responsible for such an amazing documentary. These landmark productions are seen by billions of people around the globe. Hopefully we will be able to repeat this feat when another BBC comes to film with us in April this year, Covid willing! 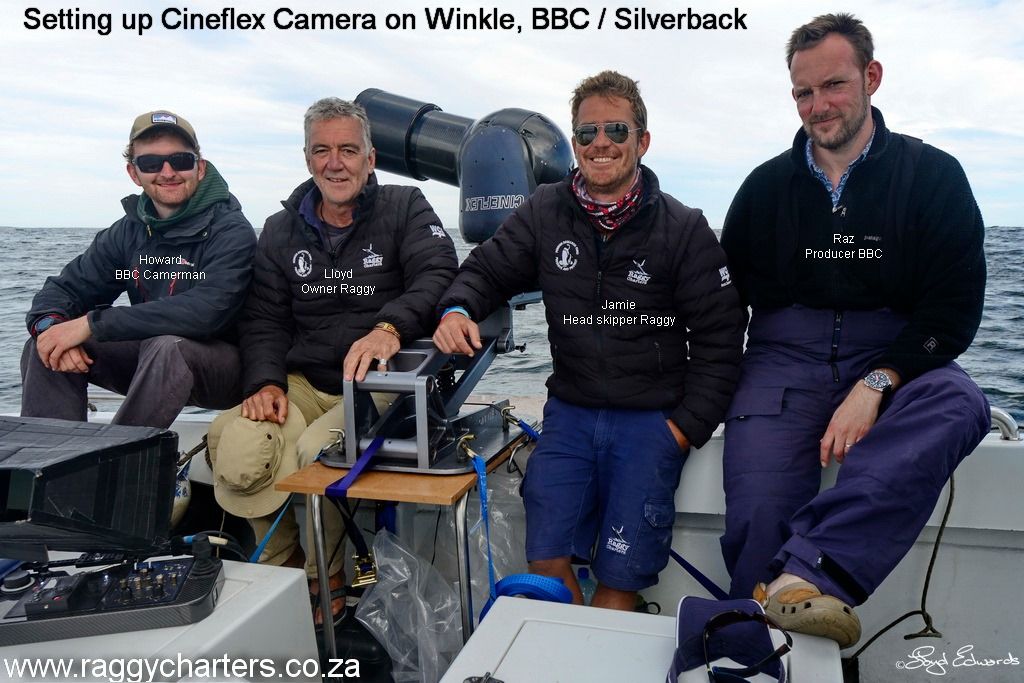 The team on the first day of filming. The camera cost three times more than our boat and needed around the clock security monitoring!

Thanks to Jean Tresfon - Marine Conservation Photographer for the photos of us on Winkle. 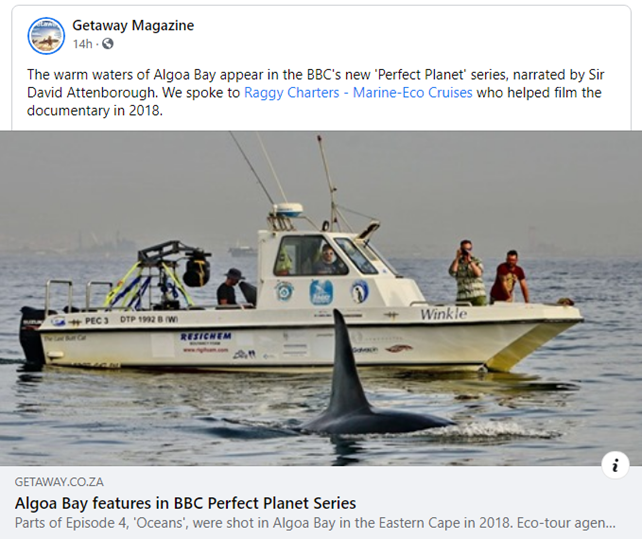 The book by Huw Cordey, Raggy Charters listed as a contibutor. 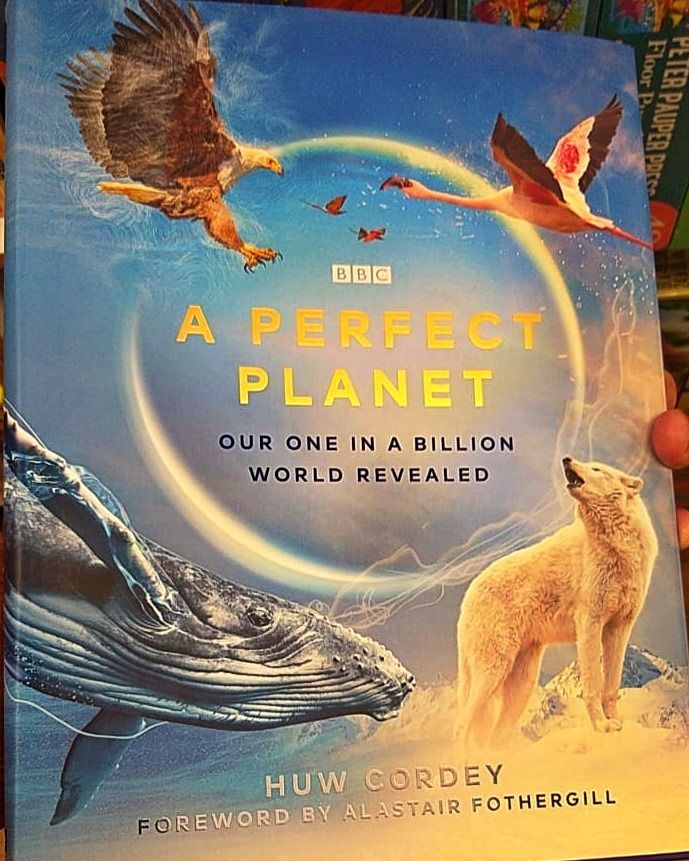 For more about the screening read our news article: Screening of BBC's A Perfect Planet