During 2021 Raggy Charters were very excited to host two Discovery Channel film crews filming sharks for "Shark Week". This was screened on Discovery Cannel later in 2021. 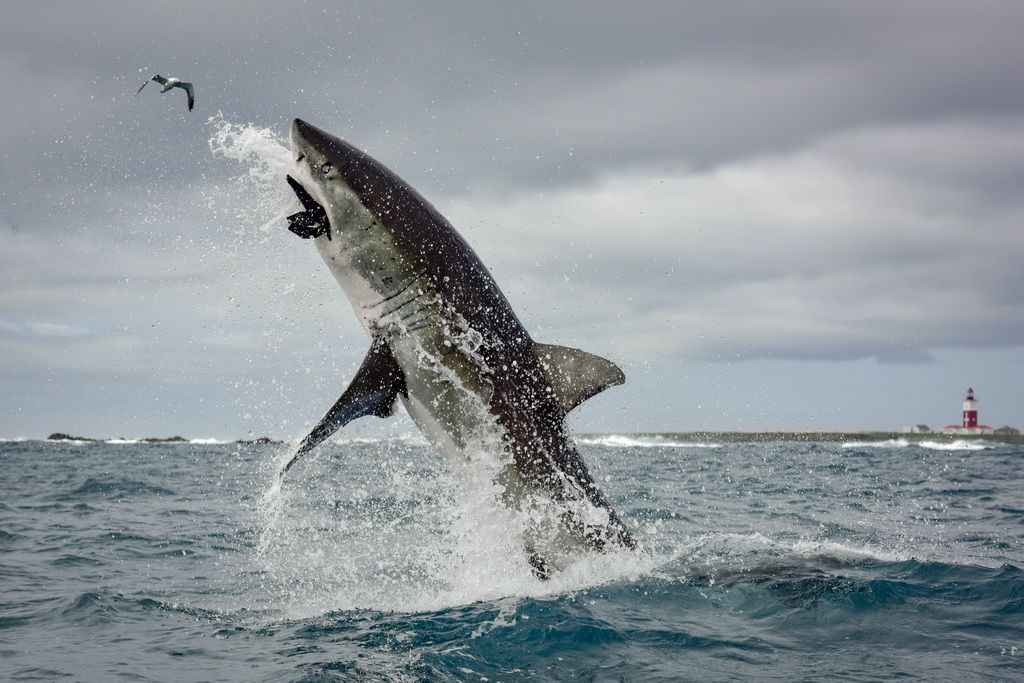 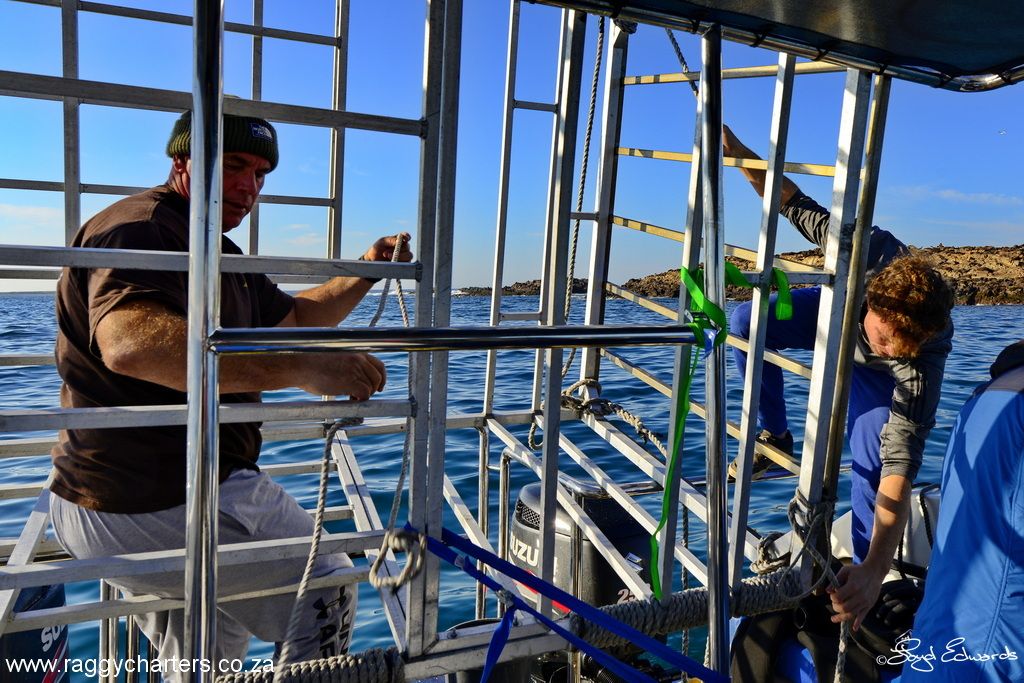 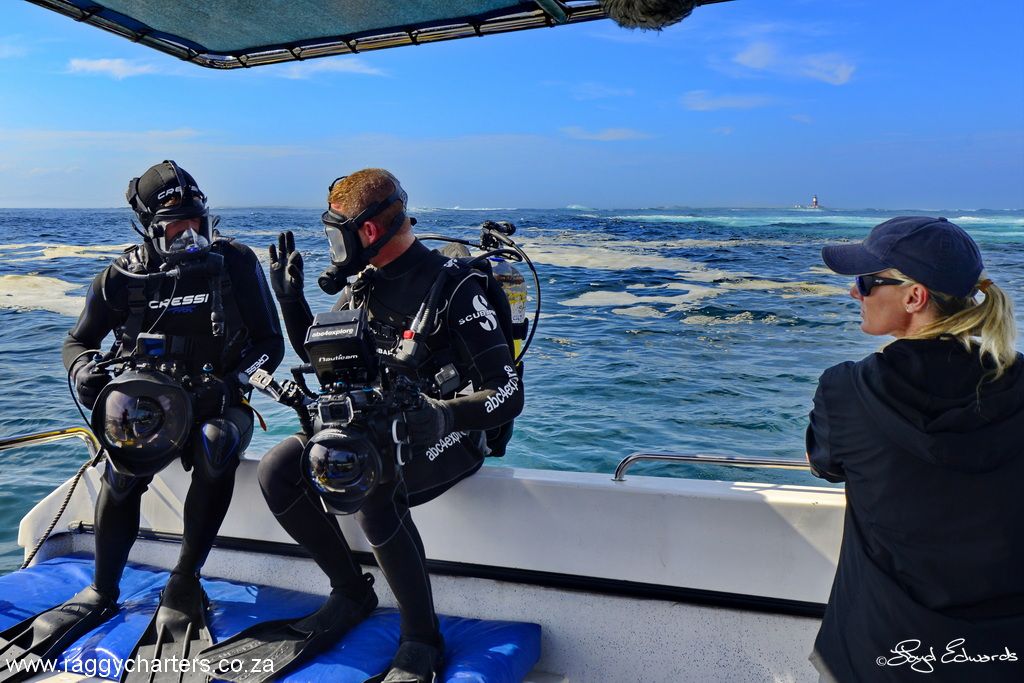 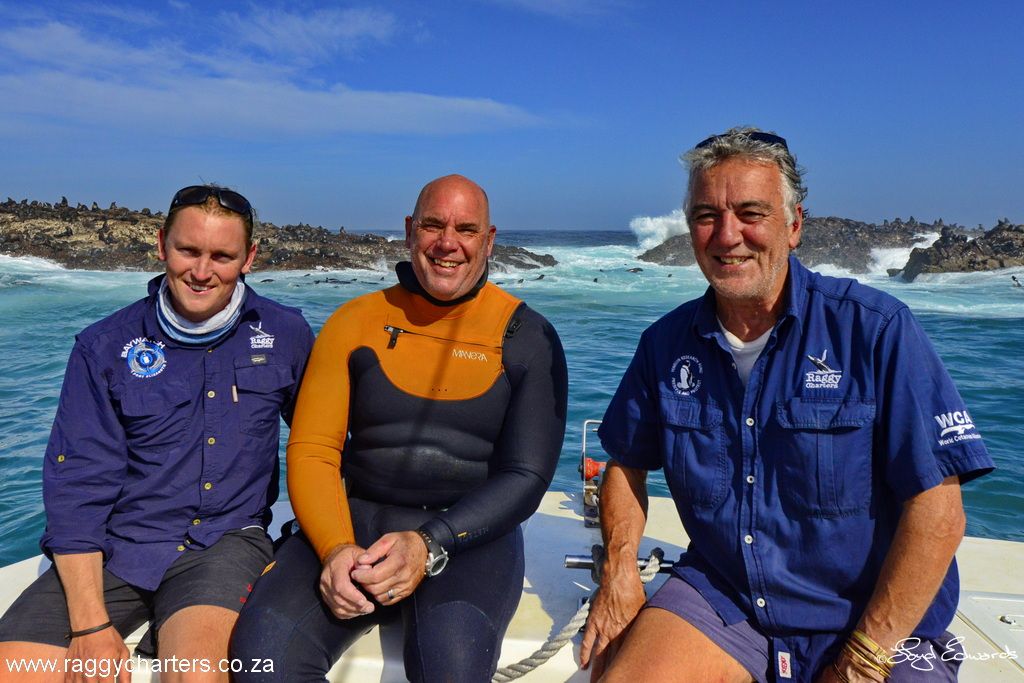 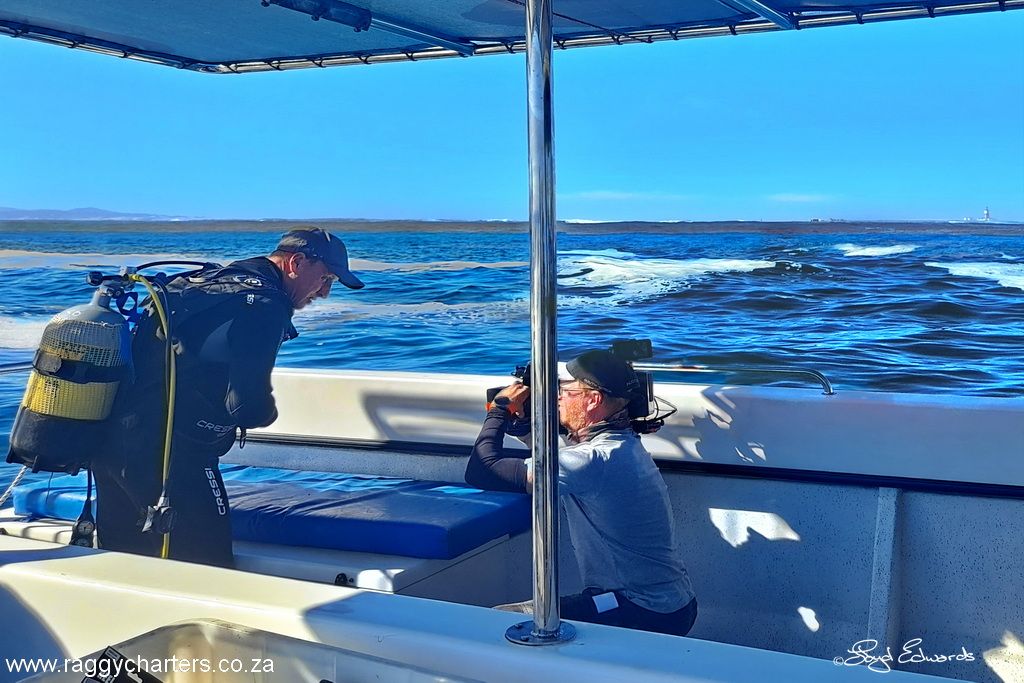 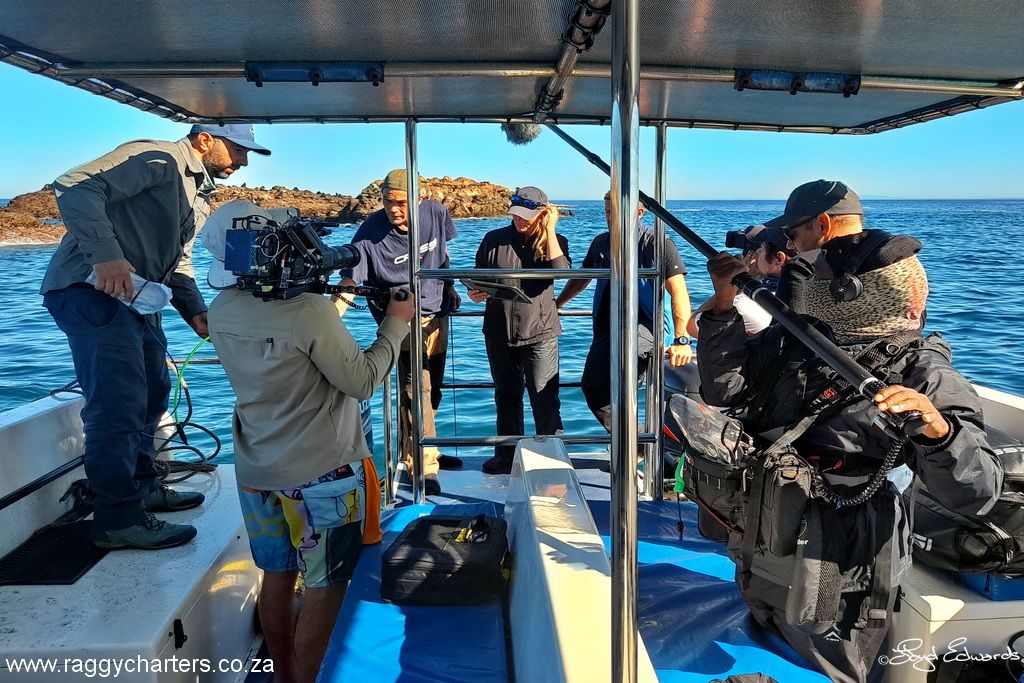 Filming all the players on the Discovery Team 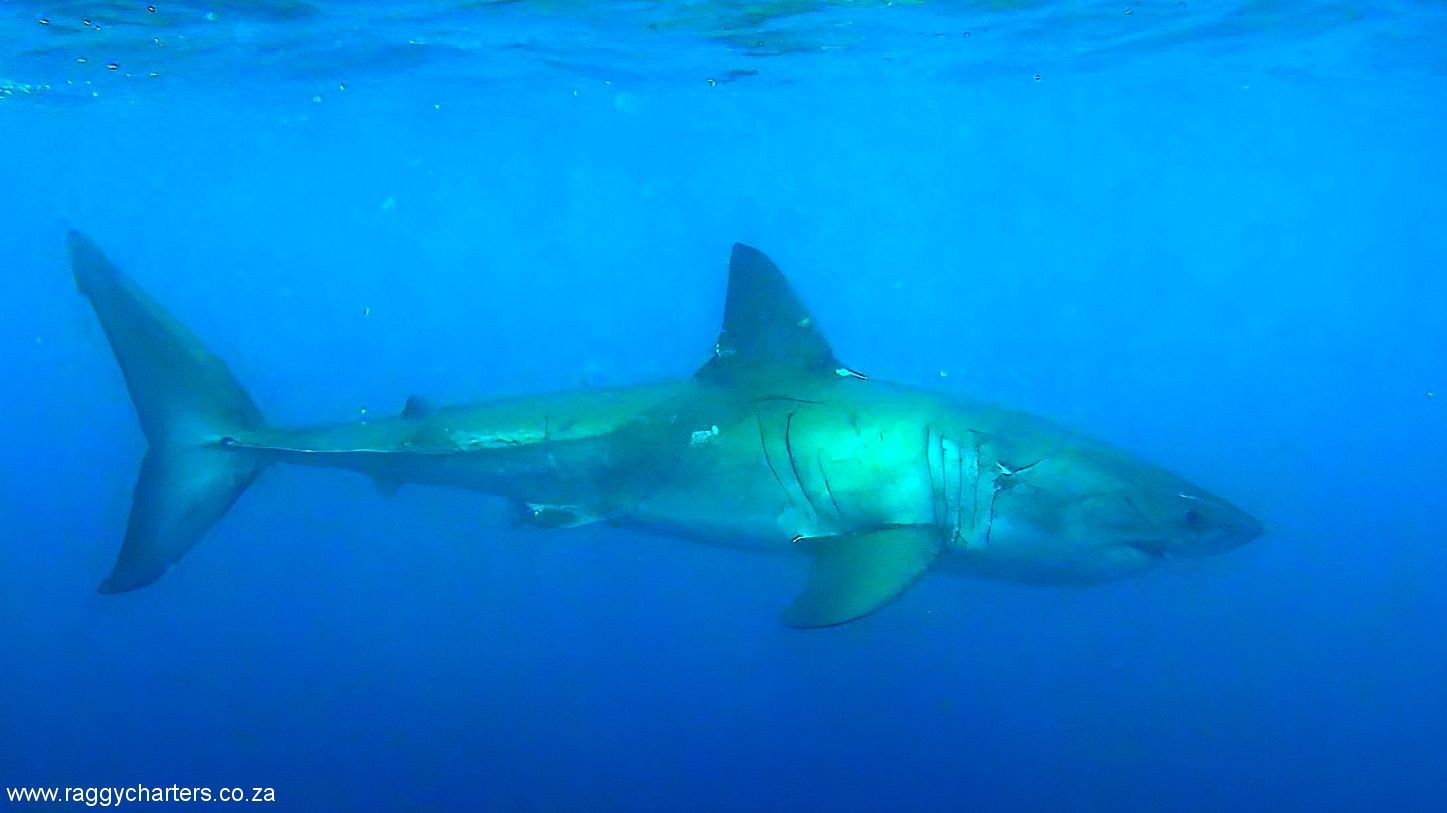 White shark with a series of wounds from an unknown source, probably got hooked on a demersal shark longline gear